The NZ Institute of Landscape Architects is the internationally recognised professional body of qualified practitioners for this country.

The country's first collegiate body of practitioners in the landscape arose in the late 1960s as the New Zealand Association of Landscape Designers (NZALD). It served to unite those largely unqualified in landscape design who nevertheless had an occupational interest in the landscape, including town planners.

At the end of the 1960s, New Zealand's first Landscape Architecture course commenced at Lincoln College and from 1971 locally qualified landscape architects were entering the workforce. The post-graduate course as it then was became accredited by the Australian Institute of Landscape Architects, and some of its initial graduates joined that institute. But this was hardly ideal. Likewise the NZALD could not meet the specific needs of this newly trained group. A purpose-formed institute was needed.

In stating the case for the formation of the Institute, it was argued at the time that "the expression 'landscape architecture' is now recognised throughout the English-speaking world and accordingly the public in New Zealand are entitled to expect the words to be used as indicative of a recognised professional group with established standards".

The Institute held its first General Meeting in November 1973 and declared as its primary objective the promotion of landscape architecture as "a fundamental design, planning and conservation profession, and a conscious departure from its former largely horticultural and remedial role". The inaugural Executive members were Tony Jackman (President), Frank Boffa, Charlie Challenger, George Malcolm, Neil Aitken, Robin Gay and Hedley Evans.

From the beginning, there was a necessary emphasis on assisting the public's perception of landscape and its management. The Institute became a conspicuous voice in Wellington where so much law-making affected the landscape and by extension the profession. Submissions were regularly made to select committees on parliamentary bills concerning the landscape and the environment. Not the least of these was the bill leading up to the 1977 Town & Country Planning Act, when Institute spokesmen Tony Jackman and Jim Beard attended the House for a whole day waiting for the call to appear. They were eventually called at 5pm and given 15 minutes to present a very well rehearsed submission which led directly to changes in the bill, notably the inclusion of the term "coherence" as a descriptor of landscape character - a term which has survived in our resource management law to this day. Tony Jackman has summed up those early days as "hard graft but inspirational".

Conservation has always been a platform of the Institute, and it fell to the next administration led by Frank Boffa to support the bill establishing the Queen Elizabeth II National Trust in the late 1970s. At times the Institute's target was the health of the planet and in the 1980s President Diane Menzies appeared before a Parliamentary Select Committee in support of NZ's nuclear-free legislation.

As with any emerging profession, there were many battles to be won - not the least of which was to lobby for landscape architects in the public sector to receive salary parity with other professional groups. Status and respect had to be won, and this the Institute did by consistent advocacy and high performance. Such a task of course is never finished.

Frank Boffa reflects insightfully upon the three decades of the Institute's life and a purposeful future:

"During the 1970s we had a sympathetic audience as the environment was fashionable. In the 1980s the Institute consolidated to practice what we had preached, and our profile gained credibility. The 1990s were more difficult. With dramatic social change, it seems to me that members became apathetic (about wider issues) and self-centred. My vision is that young landscape architects will take up the challenge and use the Institute as the vehicle to drive the profession into the new millennium."

From an early stage, the Institute published its own professional journal The Landscape, which ran for 18 years to 1994 when commercial publishers AGM took up the role. The new magazine Landscape New Zealand is the official organ of both the Institute and the industry body LIANZ. The Institute's magazine has always been its mouthpiece to decision makers and related professionals, who receive it automatically as a promotional outreach. In this way, the wider professional and governmental community becomes better informed upon the practice of our profession and its concerns in matters of public interest. Not only is the Institute's interest in the building of landscapes; its is equally in the management and conservation of natural and heritage landscapes. As Aldo Leopold puts it, we need to join (with others) in speaking for the community that has no audible voice - the bio-physical community. 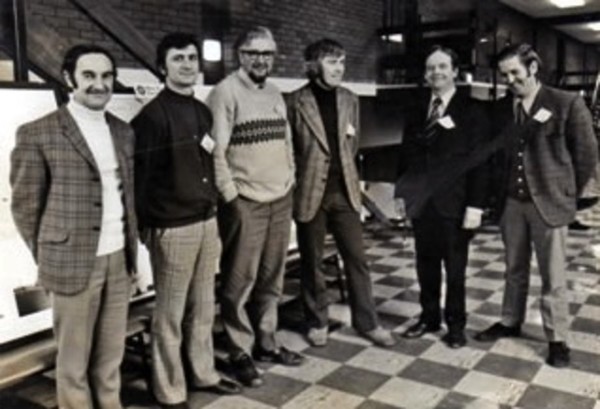 The career opportunities in the profession have changed dramatically over the years. In the 1970s/80s most of New Zealand's landscape architects worked in the public sector. By the 1990s, with the advent of free-market government and the scaling down of the public service, the emphasis had switched to private practice. In the process some of the management benefits of having landscape architects in public agencies have been lost, and to some extent a responsibility has fallen back upon the Institute to restate landscape values in public forums.

In 1988, Lincoln University (as it became) added an undergraduate programme in landscape architecture and four years later the nation's graduate pool began to multiply. It further multiplied in 1999 when a second BLA programme at UNITEC released its first graduates. From its position in 1972 when there were barely a dozen qualified landscape architects in New Zealand, the Institute now represents some 280. More than 150 of these are corporate members whose post-graduate experience has been examined by the Institute; the others are graduates undergoing experience. Some will practice overseas, as their qualification is portable.

The NZILA is building a sound reputation internationally, and particularly within the International Federation of Landscape Architects (IFLA). In the early 1980s Robin Gay became the first Vice-President of IFLA. During IFLA's leadership crisis in the early 1990s, Ron Flook worked tirelessly to support the fractured organisation. With a move towards regionalisation in the mid-1990s, Alan Titchener's administration staged the first IFLA Eastern Region conference in the country. Di Menzies is now serving her second term as Secretary in the IFLA ER Council, and Michael Jones is convening a new subcommittee inquiring into a regional practice licence for SE Asia/Oceania.

In a sense the Institute is a collective, with a collective passion for the landscape, for its care and for its enhancement by design. In common with other professional bodies, the Institute also has a quality assurance role. Members undergo an objective examination in professional practice before admission to corporate status, and thereafter are encouraged to extend their knowledge and skill in their preferred areas of practice through registration. Should it ever be necessary, the public can seek redress with the Institute over the conduct of a member.

Much of what we now take for granted in Institute life has evolved progressively over many years. Initially the Institute had no formal Branch structure. Branches were only formalised in the mid-1980s under Diane Menzies' administration. Likewise the Institute's now highly successful Awards programme was inaugurated only in the late-1980s under President Alec Wilson, and then supported by a long period of sponsorship from Monier NZ. Student mentoring commenced in the early 1990s during Ron Flook's presidency. In 1990 NZILA staged its first international conference, under John Goodwin's leadership in Auckland. For many years each President made their own personal arrangements for administrative support, and a debt of gratitude must go to those unsung heros who toiled in the background with little reward. In March 1995, the Institute inaugurated a permanent administration which is able to continue through individual presidencies. The Institute was blessed to have Anita Fulton in this role. Similarly the Institute now has a permanent archive at Lincoln University, thanks to an early initiative by Ron Flook and the continued support of Collections Librarian Adriana de Groot. This resource will enable the writing of the Institute's definitive history in due course.

This "History of the New Zealand Institute of Landscape Architects" was compiled by Michael Jones in 2000 from the Institute's 25th Anniversary Annual Report and earlier archival papers. (abbreviated history appeared in Trends Directory Issue 2001.)

The NZILA 'tiki' logo was designed by Michael Cole, a British landscape architect who came to Lincoln College in 1975 to teach into the PG Diploma in Landscape Architecture alongside Charlie Challenger and Earl Bennett. Tony Jackman, who had been teaching with Charlie before joining Frank Boffa in private practice, had developed some early graphic ideas for an Institute logo using mountain and lake forms. Charlie asked Michael to take on the design project when Tony left, and Michael reports:

"I thought that we needed a really strong Corporate image for the Institute, especially in those early days, as it had to stand alongside the Architects and gain some professional status. Coming from the UK, I thought that the letters NZ were important to give it an international platform for the future, so this lead me to use letters for the composition of the logo image.

I thought that the triangular formation of the NZILA lettering could represent the New Zealand mountain and valley landscape, so I sloped the lettering to emphasise this.. As this is only one aspect of our profession, the next problem was how do I represent 'people'? I wanted to link mankind and the land together while at the same time produce a strong and enduring international symbol.

The answer was not long in coming! Using a repeat mirror image that could represent above and below the landscape, reflections of creation, and so on, what also emerged was an image that reflected to me, at the time, a Maori 'tiki' design.

So now I had it! People and the land. With some work on the proportions, line thickness and spaces between solids the final image was complete. I also produced a series of images showing how this image could be used in different and composite ways to represent different aspects of the Institute: application forms, constitution, membership, 3D and so on."

The logo has remained relatively unchanged since Michael's initial design, although there was a brief flurry of activity in the early 1990s when Peter Rough led a small team to consider alternative ideas. Some other options were developed and considered, but the membership preferred their familiar logo, and so the basic form was retained. It is a real testament to Michael's carefully constructed ideas that his timeless design has remained as a readily recognised symbol of the Institute for almost 40 years.

In 2013 with some minor fine tuning, we've brought the logo into the digital age, where we hope it will serve us for at least another 40 years. The new trademarked NZILA 'corporate' logo has flipped to a horizontal, un-mirrored state, for use by everyone representing or involved with the institute. A set of clearly detailed style guides will ensure that wherever it is used, by whoever uses it, the logo will retain the carefully laid out proportions that Michael strove to achieve.

And for important documents, we've retained the much loved tiki, to be used as our official seal that reflects our heritage and our profession. Use of the tiki seal will be carefully managed and approved only by the president for use on certificates and awards.