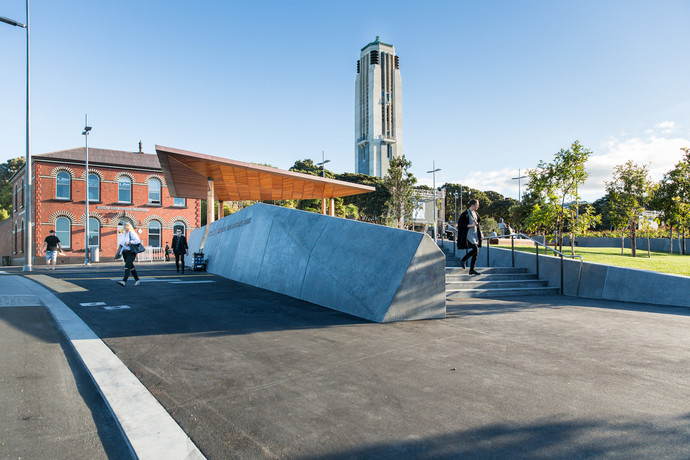 A bugle rings out; the sun dips. People crossing the wide, ceremonial space of Pukeahu National War Memorial Park in Wellington pause and face the Carillon where a uniformed soldier plays ‘The Last Post’. At the foot of the Carillon, in the gardens of Ngā Tapuwae o te Kāhui Maunga, the sculpture of a faceless woman looks up at the Tomb of the Unknown Warrior. The statue, Hinerangi, by Darcy Nicholas, is a poignant reminder of the grief and hope of those who stayed behind during times of conflict. 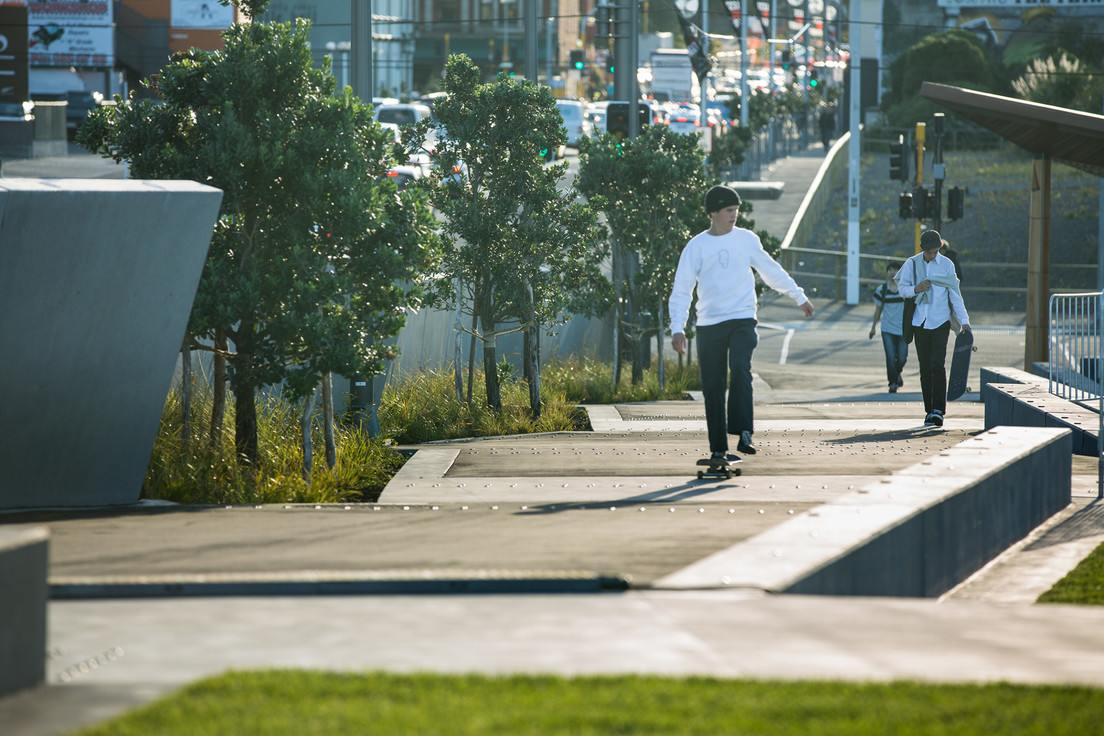 Layers of military and social history, both colonial and pre-colonial, are represented throughout the 21,000m2 of Pukeahu National War Memorial Park. As noted in the design statement by Wraight-Athfield (WALA): “Topography and time are used as media for memory to produce a landscape that evokes, supports and hosts commemoration. The new park is ingrained with the extended patterns, movements and history of the city. The city grid is preserved and strengthened; the cross links reinforced; the established textures, planting patterns, historical water movements and landforms overlaid. The patina of the past is respected.”

Pukeahu – a “sacred hill” – known as Mt Cook, is a significant place for Te Atiawa and their Taranaki whanui kin who are mana whenua of Wellington, Lower Hutt and Upper Hutt cities. They come from the Kāhui Maunga people who lived on the slopes of Mount Taranaki. The gardens contain three engraved boulders from mountains Tongariro, Ruapehu and Taranaki, designed in close collaboration with iwi representatives.

The commemorative character of the park predominates, even as the life of the city circulates through and around it. Children and parents, dogs and their walkers, skateboarders and cyclists pass to and fro. Visitors stroll around the red sandstone columns of the Australian memorial on the northern edge of the park, facing the Carillon.

Noise from peak-hour traffic passing through the Arras Tunnel underneath the park is barely audible. The tunnel, with its “stepped” concrete entrance and exit, is an integral part of the design. It has been configured so that there are views up towards the Carillon and glimpses of the park and trees through gaps in the walls that muffle the noise and sight of traffic.

As a memorial space Pukeahu National War Memorial Park has been designed to hold large parades and ceremonies. Principal landscape architect, Megan Wraight says the atmosphere generated by 40,000 people gathered in respectful silence at the 100th anniversary of Gallipoli, was impressive.

John Hardwick-Smith of Athfield Architects says the basalt stone paving of the commemorative central space conveys a sense of gravitas. “There is a sense of simplicity and scale. The weight of the concrete walls [eg. around the tunnel entrance and exit] has another sense of scale or mass. The emptiness and mass change it into a different type of space. It feels like a space you respect.”

The atmosphere changes depending on the light and time of day. A restful feeling pervades the open terraces and wide sky views that sweep out from the ridge to the tree-covered hills of Mount Victoria in the east, Tinakori Hills in the west, and north over the city towards the harbour. The Carillon is visible from every part of the park and the timber seats in the eastern terraces are oriented towards it. Two pavilions, whose totara roofs point towards the Carillon, provide shelter and welcome people to the central area from Taranaki and Tory Streets. Gardens flank the central space and olive trees provide shelter along the northern edge.

Pukeahu spreads and folds through terraced “landscape rooms” from Taranaki Street, up towards ANZAC Square on the extended ridge in front of the National War Memorial. This space levels out to form a flat area or stage flanked by gardens. The park then dips eastwards across Tory Street through smaller terraces, towards and beyond the restored Home of Compassion Crèche, established by Mother Suzanne Aubert in 1914. 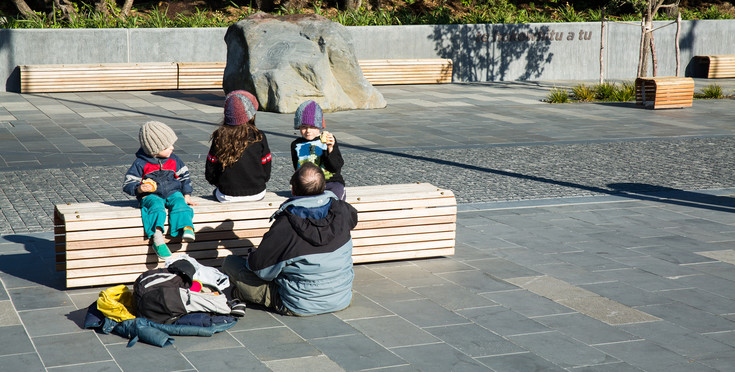