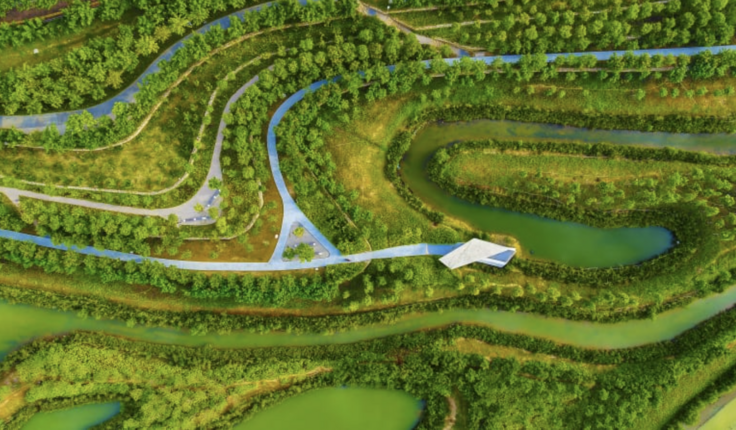 Professor Kongjian Yu is the founder and principal designer of Turenscape, which Fast Company named one of the 10 Most Innovative Architecture Companies of 2021 for its work in “balancing China’s hyperspeed urbanisation with green sponge cities”. An often-outspoken voice in the world of landscape architecture and urbanism, Professor Yu has been heralded by Michael Sorkin as “a hero of effective advocacy within a system fraught with perils.” Several of his core ideas for nature-based climate adaptations, including the sponge city concept, have been adopted for nationwide implementation by the Chinese government and had a global reach.

A fellow of the American Society of Landscape Architects and member of the American Academy of Arts and Sciences, Professor Yu received the International Federation of Landscape Architects’ Sir Geoffrey Jellicoe Award in 2020. He will be presenting virtually at the 2022 NZILA Firth Conference. LAA caught up with Professor Yu for the following Q&A.

LAA: What prompted you to choose landscape architecture as a profession?

KY: If there is something called “the will of God”, my professional career could be one of the testimonies. Getting into the profession was totally by accident, but getting to love this profession was due to my innate love for nature and growing up as the son of a good farmer who knew how to make the land productive, and my village mother who know how to create something beautiful such as sewing birds and flowers and creating elegant fans using straws and bamboo leaves. And the speed of China’s urbanisation and industrialisation has made it possible for me to practice landscape at such a scale and in such a scope in order to heal the destroyed planet and recover the healthy and productive landscape in my memory of childhood.

LAA: You set up Turenscape, one of the first and largest private practices in China. How has it grown - both in size and philosophy?

KY: In 1997 when I returned to China after five years in the US, I was shocked by the scale and the way that nature and cultural heritages were wiped out to give way for urban development. I felt that I had to fight against this trend and protect and rebuild the harmony between the land (Tu) and people (Ren), and I gave my firm name Turenscape, and that is what I mean Landscape Architecture. It has grown from one person to over 400 professionals. And the demand is huge because now people understand that we need to heal and fix the globe that people have messed up.

LAA: Please explain the Sponge City concept, and how you came up with it? 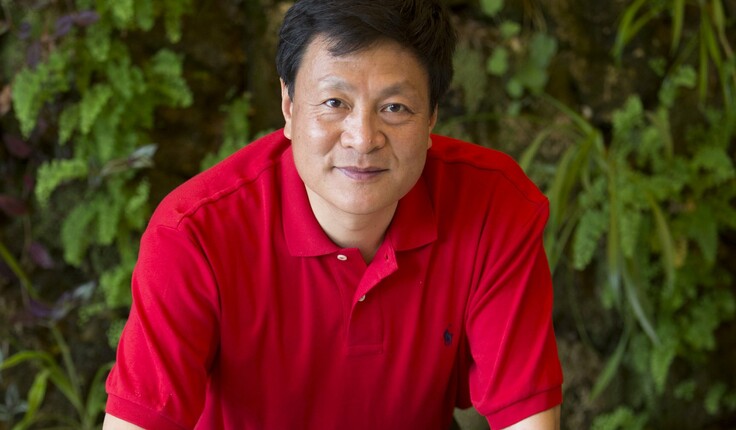 KY: Sponge City is a water resilient city that regulates and remediates water through landscape. It is a nature based solution to multiple urban water issues including flood, draught, ground water drop, water pollution and habitat loss. Its main strategies are to retain rainwater at its sources, recharge the aquifer, slow down water flow and clean the water biologically, and be adaptive to water at its sink.  I came up with this concept because the gray infrastructure we conventionally built for solving the urban water issues simply failed or was too expensive to operate or even harmful, and my village experience told me that nature can provide all these services for free and without causing harm. And all my advanced studies proved that.

LAA: What role do landscape architects play in terms of climate change?

KY: Landscape architects play an irreplaceable and key role in climate change both by planning and designing climate adaptive cities and rural landscapes, and by implementing nature based solutions for climate mitigation.

LAA: Is it too late to save the planet from man-made destruction?

KY: It’s never too late! But we are at the stage of survival crisis. That is why I defined landscape architecture as the art of survival!

LAA: What can we expect from your conference presentation?

KY: Healing the world’s cities: nature-based solutions inspired by ancient wisdom.  We have to rethink the way we build our cities, the way we treat water and nature, and even the way we define civilisation.