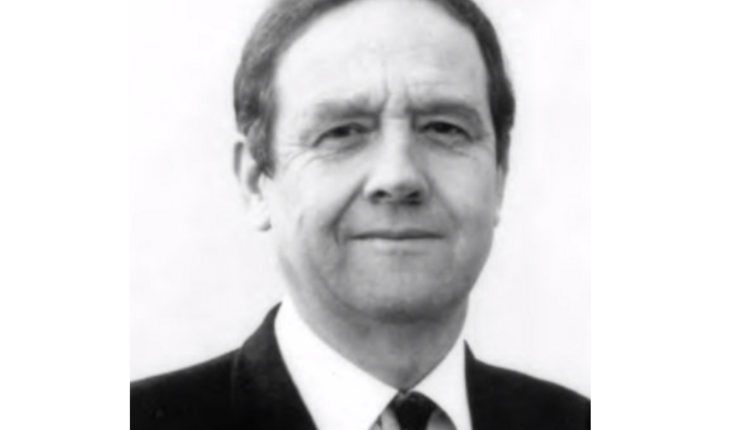 We continue our countdown to the Tuia Pito Ora New Zealand Institute of Landscape Architects’ 50th anniversary later this year by meeting another of the early pioneers of the profession.

The Ministry of Works, Housing Corporation, Department of Lands and Survey, Electricity Department, Forestry and Tourism Departments were key employers of landscape architects in this decade along with local councils. One man in particular played a key role in developing landscape architects and the wider profession and that was George Malcolm.

George Malcolm began working for the Ministry of Works and Development (MWD) in 1948 as a landscape officer and by 1953 he was involved in what would now be considered landscape design. His services were in high demand, and he quickly understood the need for trained landscape professionals. He approached various universities in the mid 1960s but only Lincoln college then saw the potential, in particular Charlie Challenger who we have previously profiled.

Earl Bennett, who qualified in California, began working at the Ministry of Works under George Malcolm in 1973.

He says at one stage Malcolm was in charge of 53 landscape architects across the country who were involved in ‘work of substance’ including highway, schools, and housing development projects. Earl says George was a kind, compassionate man who was committed to getting employment for new landscape architecture graduates and skilled at working with other disciplines.

Earl says he feels very fortunate to have worked closely with both George Malcolm and Charlie Challenger, both of whom he admired greatly.

“Malcolm was one of those wholly devoted to the cause and there were other senior officers in the department as well who supported the need for further professional landscape staff.”

Many of the women involved in the early years of the landscape architecture profession here in Aotearoa credit George Malcolm with encouraging them. 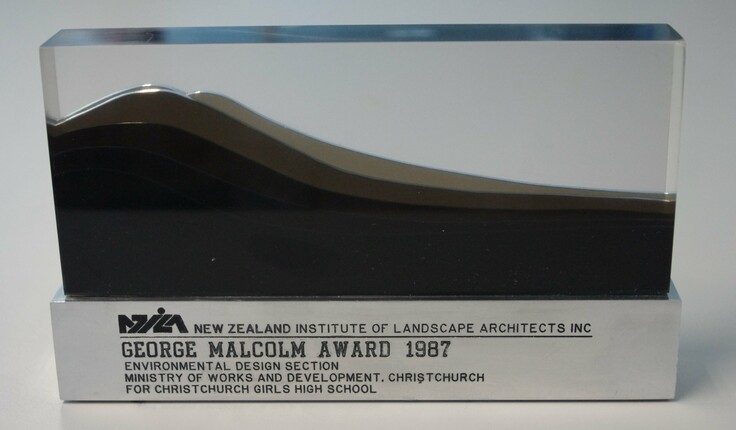 The first George Malcolm Awards was handed out in 1987, at the very beginning of the NZILA’s award programme. Image supplied by David McKenzie.

Jan Woodhouse says he became a champion of women graduates by creating jobs for them as well as supporting them.

“He was the head of a family with strong christian values and he was also a man of the land. The values of care, protection and encouragement were brought to the office.”

She recalls his unrelenting support and encouragement of her when he managed to create a role for her. He helped her cut her teeth on small scale design projects like road beautification before she she was seconded to MWD’s Te Anau office - to work with and for Alan Petrie on the Te Anau Lake control project and later to Lincoln to work on the Rolleston New Town Project under Tony Jackman and Earl Bennett with Sally Mason.

“These were memorable projects because they were making a difference.” says Jan.

Malcolm was part of the original group which established the NZILA in 1972.

In 1982 NZILA in association with the Canterbury Landscape group marked the retirements of Charlie Challenger and George Malcolm and they were made life members of the institute.

The Executive Committee expressed its ‘grateful thanks’ to the men for their huge contributions to the profession and the institute.

In 1987 when the inaugural NZILA awards were handed out, the initial two awards were named in honour of each man and that continues today.

The next George Malcolm Supreme Award will be handed out at this year’s Resene New Zealand Institute of Landscape Architecture Awards in Auckland in October, following the 2022 NZILA Firth Conference.

George Malcolm died in 2012 but is remembered well by the many people he influenced in the landscape architecture profession here in Aotearoa.