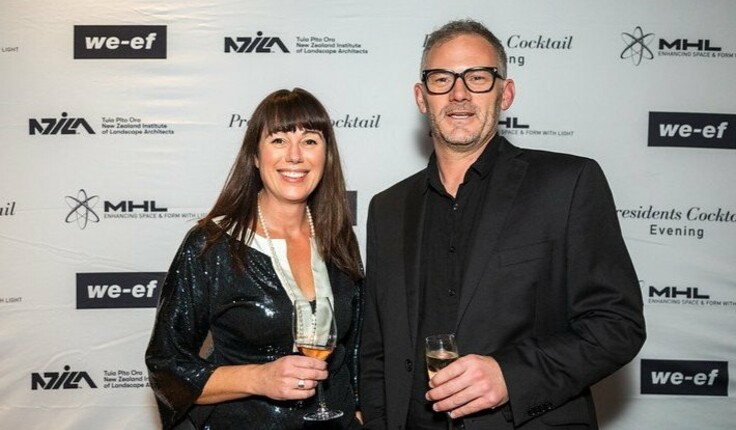 NZILA COO Vicki Clague with President Henry Crothers at the 2021 President’s Cocktail event in May.

Today marks a special milestone in the history of Tuia Pito Ora - The New Zealand Institute of Landscape Architects.

Ten years ago today Vicki Clague started her role as the Chief Operating Officer of the Institute and all the presidents she has worked with credit her with taking the organisation to a new level of professionalism and efficiency.

Vicki started on October 25 2011 and current president Henry Crothers says she has provided the Institute with “10 years of good humour, enthusiasm and hard mahi.

“Vicki manages to shift seemlessly between the mundane and the strategic with understated professionalism and grace.”

He says Vicki has overseen a period of significant growth and change for the Institute and he looks forward to that continuing in the future.

Speaking on behalf of all members as well as past and present executive teams and others Vicki has worked with closely over the years, Henry says “we all greatly appreciate her insights, guidance and commitment that has enabled both the Institute and profession to evolve and thrive.”

Stephen Brown ( NZILA President 2011-2013) was at the helm when Vicki was employed. He says in 2011 the NZILA was preparing for the 2013 International Federation of Landscape Architects conference to be held in Auckland.

He says there was a desperate need for transformation within the Institute and support for managing the IFLA conference and it was agreed a COO should be appointed.

“Vicki stood head and shoulders above her fellow applicants, to the point where a huge sigh of relief was shared by those who had met Vicki when she finally accepted the position,” says Stephen.

“She then sailed serenely through the turmoil of the next two years … and the now historic IFLA conference.”

He says she is now the ‘rock’ the institute is now built on. “She is a ‘taonga’ that all too few are aware of and more than deserves the heart-felt thanks of every Institute member for 10 years of amazing help and guidance that have gone all too quickly!” 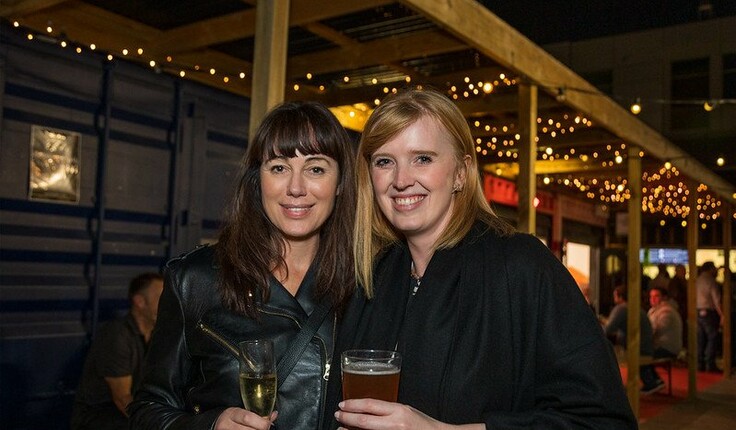 Vicki at the NZILA Firth Conference in Tauranga in May.

She says that decision has resulted in the NZILA “ becoming a future-focussed professional institution.”

She says Vicki and her team have quietly pushed the Institute to grow and develop. “She is amazing and we should celebrate having here every year – not just after 10 years! I’d like to think we would be doing this again in another decade.“

In thanking Vicki for her service Shannon Bray explains how the hiring team could immediately see the professionalism and potential she would bring to the role and how Vicki coached the Executive through the challenges facing the NZILA.

“Thanks to your decade of commitment, that potential has been realised and the NZILA today is a professional, well-respected and efficient organisation that is well positioned for the future,” says Shannon.

Brad Coombs (NZILA President 2018-2021) says Vicki’s consistency over the last 10 years has been a real asset to the Institute.

“Our level of service and quality of events for our members over the last 10 years have grown in no small part due to her ongoing commitment to the Institute. Vicki’s event and sponsorship management skills are exceptional and have helped the Institute grow in terms of professionalism and influence consistently for the last 10 years.”

He and all the other past presidents LAA spoke to say they hope Vicki will be with the institute for many years to come.

Life Member and Past President (1993-1995) Alan Titchener has added his voice to the tributes.

"Like every good team player Vicki provides a safe pair of hands. Her inconspicuousness belies her effectiveness.

"She epitomises the whakataukī 'Me mahi tahi tātou mō te oranga o te katoa' - 'We need to work together for the well-being of everyone.”