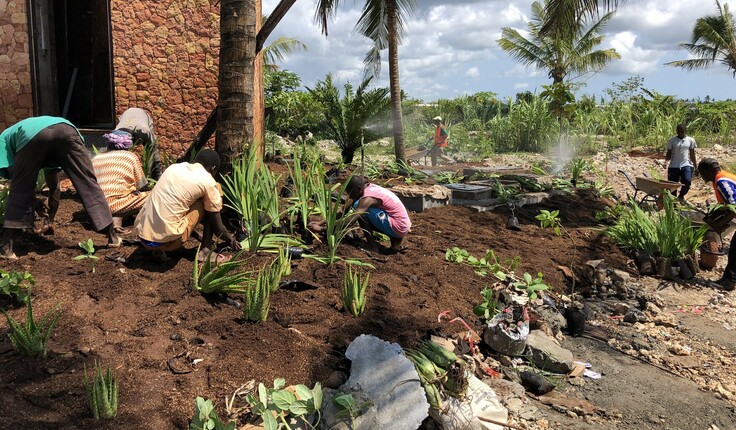 Planting day at the site. Photos supplied by Franko Gohse and Case Design.

Kiwi landscape architect Andy Hamilton has never visited one of his favourite projects, but he hopes to take his family there on holiday one day.

It’ll take a bit of planning to get there - over 13,000 km away from Auckland to the fishing village of Kizimkazi on the island of Zanzibar in the Indian Ocean.

“I plan on visiting as soon as COVID restrictions allow,” Hamilton says. “My wife is from Uganda so I’ll just piggyback it on to a trip to visit her family.

“It’ll be really exciting to relax and stay there for a few days. Whilst I always have follow up visits to completed projects I don’t usually get a chance to hang out in them, relax and properly inhabit the space.  This will be a rare chance to sit in the landscape and see how it works. I’m sure it’ll give me fresh ideas.”

A former trading centre in centuries gone by, the island of Zanzibar was a haven for adventurers and seafarers who would stop by to inhale the exotic smells, sounds and colours of a vibrant culture.

Present day Zanzibar is infused with African, Arab, European and Indian influences. And the project team that Hamilton worked with at the Kizikula Hotel (eco lodge) is just as international. The clients are based in the United Arab Emirates, the architects in India, the project manager in Denmark and while the permaculture experts now live locally they’re of German and Indonesian origin. Local builders and gardeners round out the team. But Hamilton was the only one who never set foot on the site, his contribution delivered via skype.

“The budget was so tight that the cost to get me there would have been too much,” he says. “But this project was a demonstration of how a truly cohesive team, who all respect and trust each other, can work from different places around the world.

“Technology made it possible but I credit the success of the project to the architect (Case Design) who I’d worked with on other projects in India. My remote role was only possible because of their collaborative approach.”

Hamilton’s brief was to create a lush, verdant and highly productive landscape setting to a collection of 12 to 15 guest suites on the edge of the water. That was five years ago. The landscape component isn’t yet finished (guests can stay there now) but it was one of the first things considered when the project became reality - which immediately marked it as something special for Hamilton. In fact the plant nursery was the first building built.

“The approach to planting, to using a native palette was what made it so exciting for me. Of the projects I’ve worked on in tropical regions I was struck by how similar the plant palette was, with the nurseries growing the same 30-40 plants in Florida, India and the Caribbean. It’s just what’s commercially available making it difficult to design a more nuanced and interesting planting scheme.

“But it was made clear from initial conversations with the client and architect that we were to steer away from the resort aesthetic of other hotels in Zanzibar, instead aiming for a native landscape whereby the only exotic plants were edible or provided medicinal/theraputic benefits.” 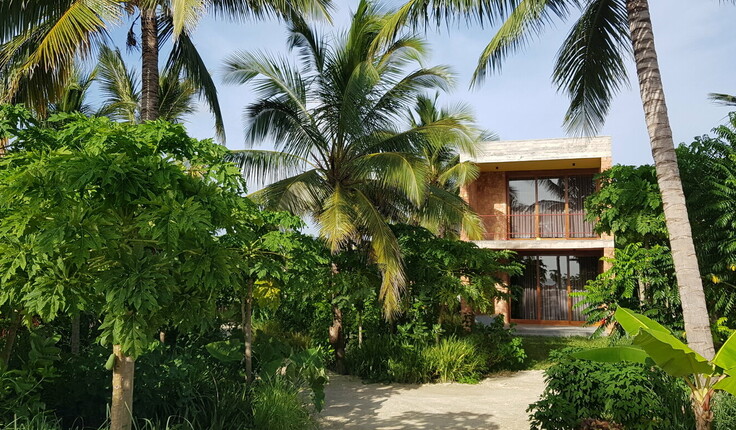 One of the guesthouses. Photos supplied by Franko Gohse and Case Design. 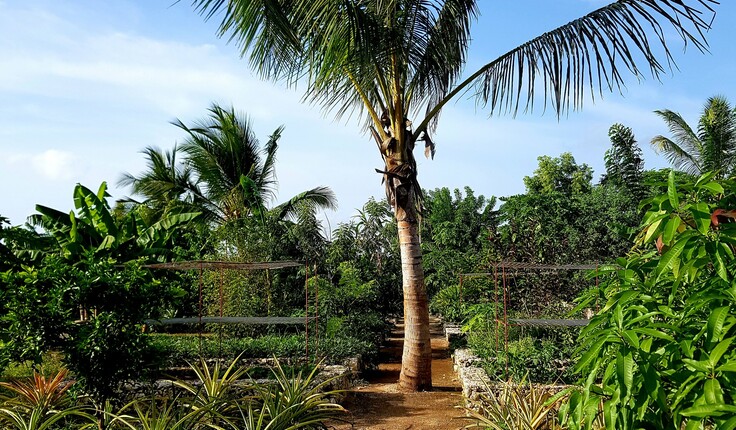 The site was a uniquely challenging one, near barren, denuded of any topsoil and organic matter through the post colonial agricultural practice of slash and burn to cope with the vegetative growth post the twice yearly rainy seasons. It was also exposed to strong coastal winds.

It’s against the law to move soil around the island. So the permaculturalists came up with a strategy of slash and compost, combining the vegetation of the weeds that would grow each rainy season with organic waste like cardboard and discarded roof thatch over the coral rock.

“Each year there are two rainy seasons during which the site would flush with vegetation,” says Hamilton. “The majority of the plants were weed species with a great capacity to turn sun and water into a lot of biomass.  Those plants would be cut down shortly after the rains once they had reached maturity and they would be heaped into piles for in-situ composting.

“The permacultural team would send me photos and descriptions of the native and endemic plants that would emerge each rainy season and we would collect seeds and cuttings for propagation in the large onsite nursery.

“The nursery plants would be tended and prepped for planting at the start of the following season around areas of the site where building works and composting had been completed.  So over a four year period of rainy seasons and phased composting and construction we were able to create this 20-30cm deep layer of humus rich organic matter on top of the rock base across the majority of the site.

“The selection of plant species used throughout the property were slowly revealed to us as they naturally grew out of the coral rock each rainy season, so we were able to select from native and endemic plants that we knew to be well adapted to the site conditions.”

Hamilton says his design response was to create an amorphous landscape that envelopes the entire site with a web of meandering paths connecting the guest suites to a main central loop path.

“The design needed an inherent flexibility to it given the protracted design life of the project and the nature of the planting strategy.

“So the layout of paths depicted on early plans and sketches was notional only. The area dedicated to vegetable gardening is a more organised moment within the landscape with an array of raised planters built from the local coral rock interspersed with beds of companion planting containing fruit trees.”

“But I think it’s also the person that you work with. It was good for us.”

“Definitely good for me too,” Hamilton says. “It’ll be great to go there and experience it all for myself, with the luxury of spending some time there.” 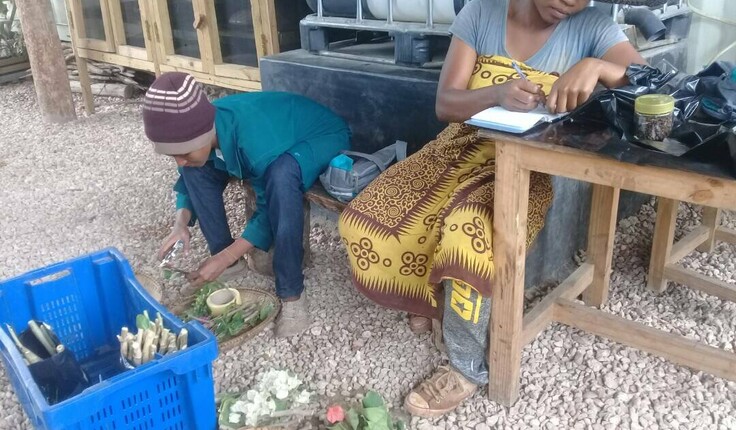