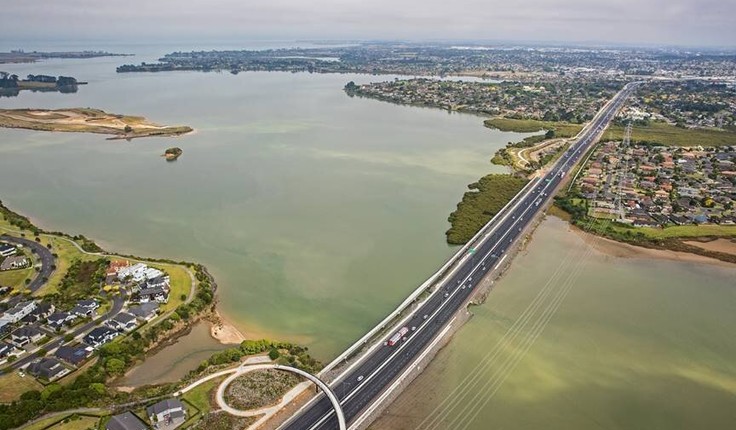 Auckland’s Southern Path has been a long, slow burn for the landscape architects involved.

The process started with Shannon Bray in 2013 while he was working for Boffa Miskell. And it finished with WSP’s Tim Jones, who was part of the team whose job it was to turn Bray’s urban design framework into reality.

The 4.5km route sits alongside SH1 via two separate bridges crossing the harbour at Pahurehure Inlet. These two bridges restore public access to a peninsula at Takaanini Point for the first time since the adjacent motorway was constructed in the mid-1960s. And Bray says it’s that part of the project he’s most proud of.

“It’s just stunning,” he says. “It’s going to be a really awesome little spot to go to. It has this view of the Manukau Harbour that I don’t think you can get anywhere else in Auckland. And I think it’s really delightful, and it’s incredibly special to iwi.”

“It’s taken a while but we’ve got a great outcome,” Tim Jones said. “The complexity of the number of different lane changes (extra motorway lanes were opened in 2019) and civil engineering constraints mean this one took a bit longer.

Until now walking and cycling in the area has been limited, with few facilities and safety challenges, including a lack of safe motorway crossing points. It’s anticipated it’ll be popular with locals.

“This path provides a missing link across the harbour and connects in with a city-wide cycling and walking network being developed, which encourages communities to use more active modes when travelling shorter distances,” says Waka Kotahi National Manager Infrastructure Delivery Andy Thackwray. 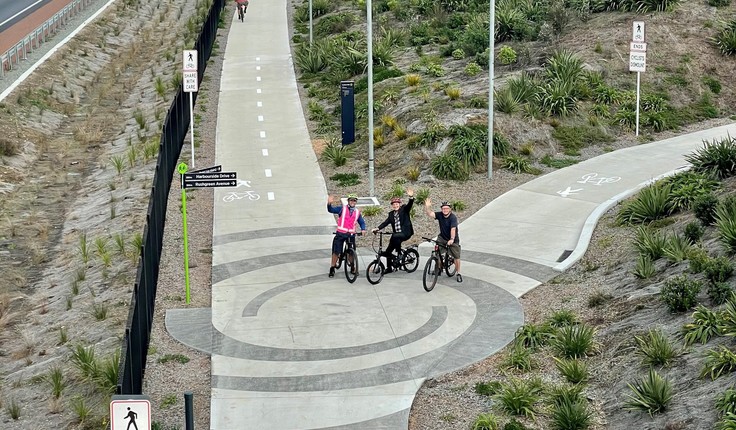 The Southern Path was opened in May. 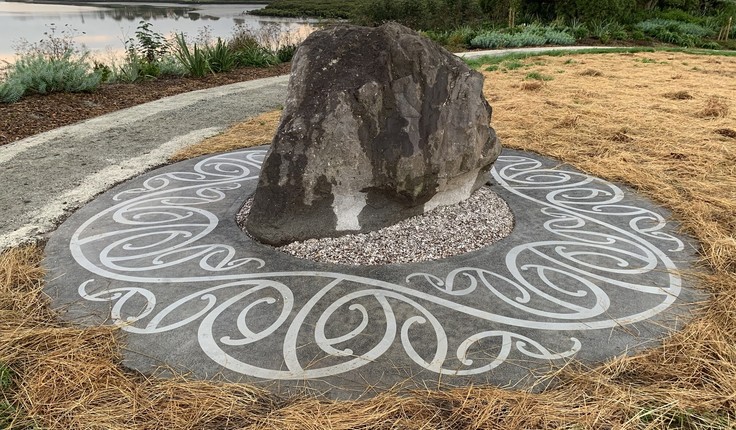 “With southern Auckland identified as a rapidly expanding area, multi-modal projects like this are required to meet the immediate needs of the city’s growth as well as future proofing for the longer term.”

The Southern Path is effectively the last piece of the puzzle in the wider Southern Corridor Improvements (SCI) project to be completed. Eight iwi artworks have been installed as part of the overall improvements, four of them along the Southern Path.

Jones said the pieces are a result of intensive engagement with iwi-nominated artists.

“They (the artworks) help give a real sense of place within what’s quite a special environment right at the head of the Manukau (Harbour).

“The hope is it leads to a reduction in tagging graffiti and anti-social behaviour along there, that it shows a bit of care, a bit of ownership for that network.”

Jones says working with all the different stakeholders was both challenging and created “fantastic” opportunity. “Working with a range of artists from different backgrounds, skill sets, working with different materials is always fun. The passion of these artists is great.”

Auckland Mayor Phil Goff, who was among the first to bike the path, welcomed the completion of the work. “Developing a city-wide cycling and walking connection will help to reduce traffic congestion for those who do drive, while lowering transport carbon emissions, which make up more than 40 per cent of Auckland’s emissions profile,” he said.

The Southern Path will be extended a further 4km between the Papakura and Drury interchanges as part of the NZ Upgrade Programme’s Papakura to Drury South project, which began construction in April.