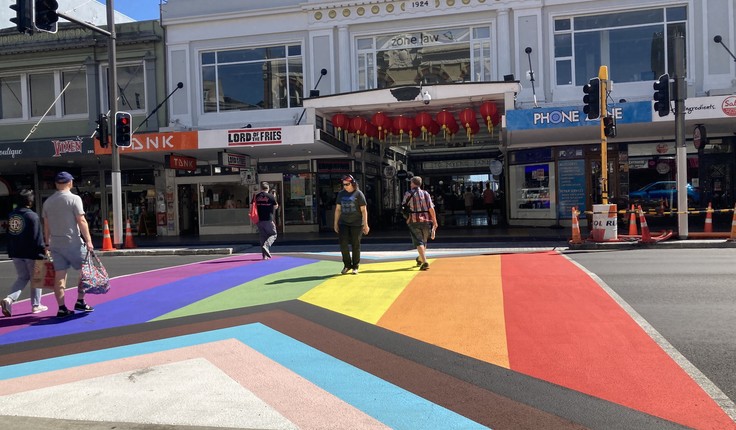 Auckland has its first ‘Rainbow Crossing’. And fittingly it’s on the colourful, bohemian strip that is home to the Rainbow community - Karangahape Road (K Rd).

The design includes the colours of the Progress Pride Flag, by artist Daniel Quasar, and is in front of St Kevin’s Arcade.

“This version of the flag includes a five-coloured chevron on the original Rainbow Flag to place greater emphasis on inclusion and progression.

“The black and brown stripes represent our often-marginalised LGBTQIA+ communities of colour, along with the colours pink, light blue and white, which are used to acknowledge our transgender community.”

Claire Dixon, Auckland Transport’s Community Transport Manager says that while these crossings are an exciting addition to Karangahape Road, the project is primarily aimed at raising awareness of pedestrian safety. 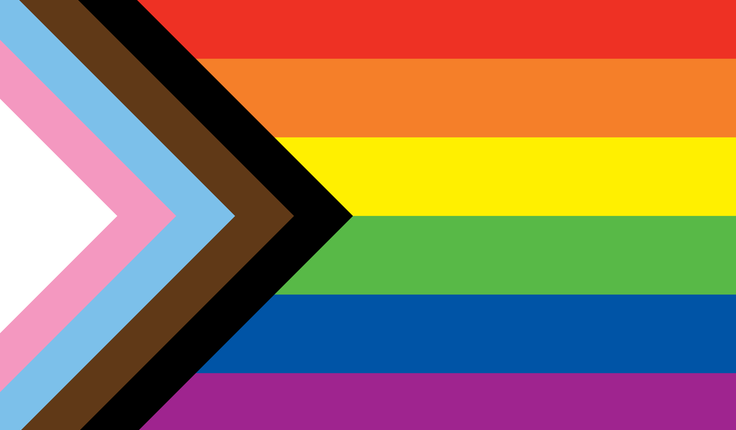 Graphic designer Daniel Quasar added a five-coloured chevron to the LGBT Rainbow Flag to place a greater emphasis on "inclusion and progression". You can follow him on social media: @danielquasar

“The speed limit on Karangahape Road was reduced to 30km/h in June 2020, in line with the new Speed Limits Bylaw.

“The rainbow crossing is another way – a more fun, colourful way – of letting people know that this is a location where people can and should cross. We expect it will have a positive impact on pedestrian safety on Karangahape Road.”

Many groups have for years advocated for a rainbow crossing for Karangahape Road.

“It’s fantastic that their work has resulted in this outcome,” says Michael Richardson from the Karangahape Road Business Association.

“Karangahape Road is the home of Auckland’s rainbow community. This street and surrounding area has a very special relationship with diversity, from the origins of Hape through to 2021. Using the Progress Pride Flag will represent the special history of this area to visitors and locals.”

The Rainbow Crossing is an additional project to the wider Enhancement Project, a project that aims to preserve the road's unique character, while creating a street environment that supports the local community and meets the needs of a growing population, says Auckland Transport.