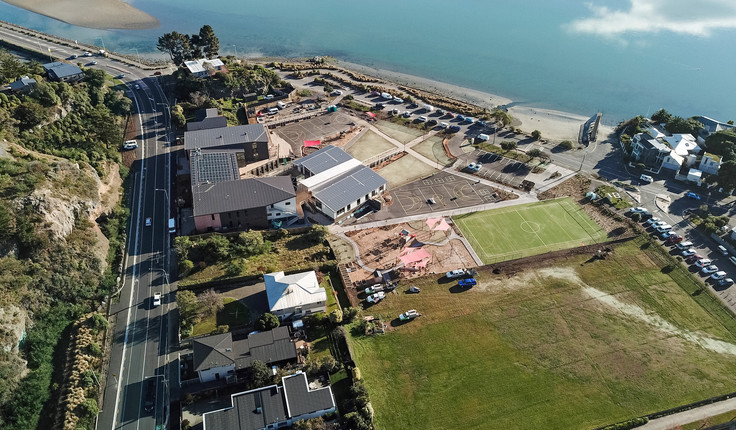 In June this year a very special Christchurch school re-opened.

In something of a symbol of the city’s ongoing post-quake battles, Te Raekura Redcliffs School’s new life on a new site has proved the power of community and commitment.

The 2011 earthquakes caused the cliffs behind the previous school to topple and a long battle followed to allow the school to stay open, albeit in a new site on Beachville Road.

Among the proud onlookers that day were members of the design and construction team including Paul Roper Gee from Canopy, the landscape architects for the project.

“It was a very happy and emotional day,” he says, “the school community is a very strong one, coming out of the long journey to save the school.”

He’s very proud of Canopy's part in the Redcliffs rebuild. He says the architects, Tennent Brown, drove the project from a masterplan and design perspective.

“One of the underlying principles of the whole project was ‘cave to coast.’ “One side of the school is beside the Moa Bone Point caves, Te Ana o Hineraki - an important archeological site - and the estuary Te Ihutai on the other side.

“For me, working with Tennent Brown, MoE, the school, contractors and consultants, it’s been a particularly collaborative, problem solving approach from the whole project team.”

The new site was an interesting one, according to Paul. He says it is coastal, low lying in places, with a portion on higher ground. He says that lead to some design challenges but also opened up some great opportunities.

Some of the biggest successes, he says, have been because of this. “The school landscape is on multiple levels and we have slides, firemen’s poles, ramps and steps connecting these different levels in playful ways.

Principal Rose McInerney says the children are so happy in their new play environment. 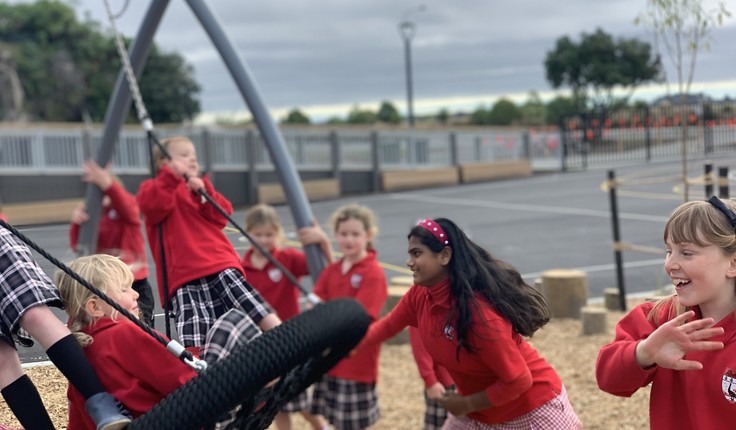 The school reopened officially in June. 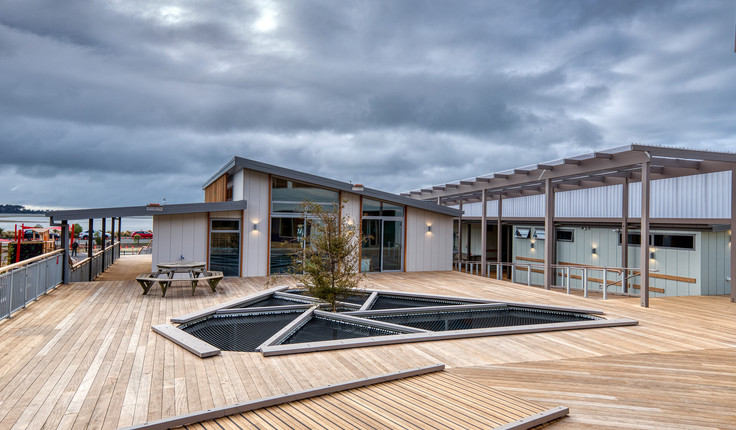 “They literally don’t know where to start when they first go out to play. We have such a fantastic mix of playscape with logs and rocks to do obstacle courses on. The quiet cubby holes and reading in the nets outside the library are a huge hit.

“Then we have the excitement of the playground that Canopy let them help choose. The climbing net and spinning machines and big swings are massive hits.  The sand pit and undercroft are wonderful spaces to hang out in.

“We couldn’t be happier with our incredible playground.” she says.

A suspended net allows playing children to sit above a undercroft run through below the decks.

Paul says the most rewarding thing for him has been seeing how the school’s inhabitants are using the landscape and he has a favourite place too.

“The run through under the decks with the suspended net over the top ... that was a challenging part of the design too with the architect, structural engineers, and a fishing net fabricator involved to resolve the detail."

He’s also keen on the little play cubby holes which have been worked into the building walls. "These are spaces which kids can tuck themselves into for imaginative play”.

Overall, Paul is very happy with the outcome. “Just seeing the kids and the community really enjoying it, that’s been really rewarding.” 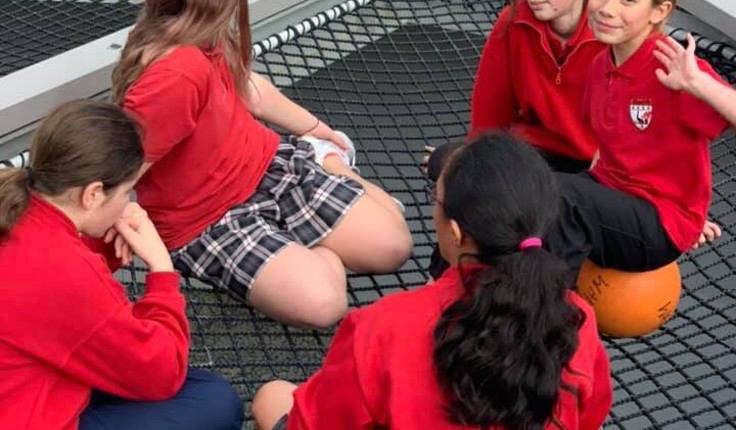 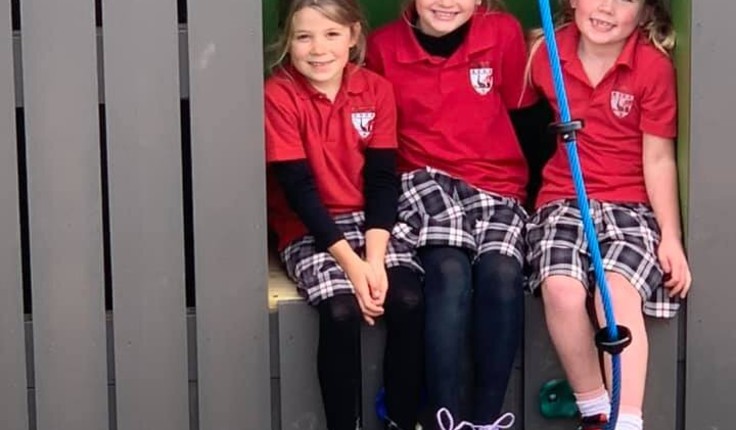 The cool cubby holes set in to the building walls.

The school is set right on the coast, Image credit - Frank Visser.