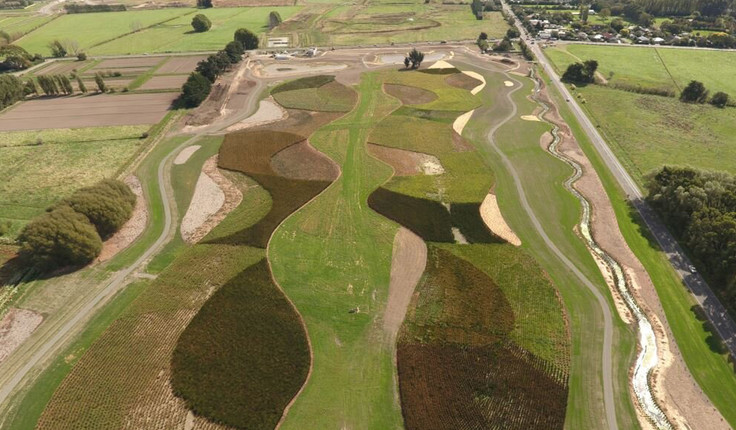 Over the years CCC has embarked on plans to return sections of the region to wetlands to alleviate some of the problems.

Building Christchurch city on a giant swamp has had serious repercussions - severe liquefaction during earthquakes and significant flooding during extreme storms. Over the years CCC has embarked on plans to return sections of the region to wetlands to alleviate some of the problems.

One such area is Henderson Basin, which was partially bought by the council using funds from developers who are building a new subdivision (Halswell Commons) north of the site, on the understanding that the council would return it to wetland to treat the stormwater run off from the subdivision and surrounding land.

European settlers drained nearly all New Zealand’s wetlands, because they thought of them as swamps. What they didn’t take into account was wetlands hold back water in a flood and help filter out contaminants from the water before it flows into major rivers and streams.

And for people living in the lower reaches of the Avon and Heathcote rivers fewer wetlands has meant increased flooding as climate change brings more major storms. 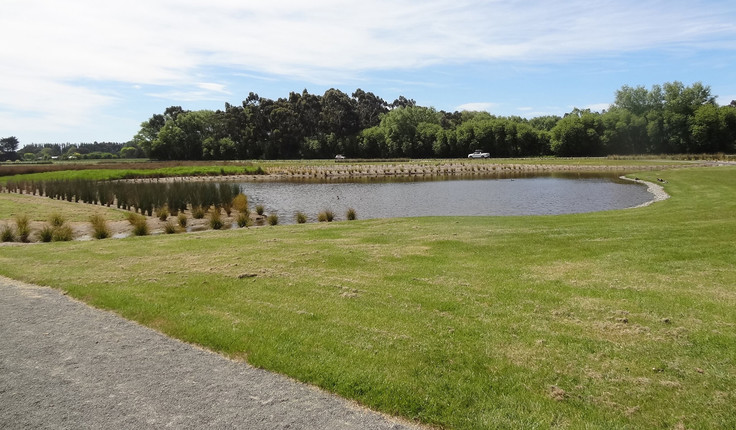 During construction, planting of wetland cells looking towards the Port Hills.

Using the regions “black maps” - survey maps of Canterbury dating back to the 1850s which show the location of wetlands, rivers and streams before they were modified during European settlement - the council was able to see how the basin used to look before farming reshaped the landscape. Landscape architect Joss Mahoney says those maps as well as other documentation including the CCC Waterways, Wetlands and Drainage Guide were used to guide the wetland design. Over 100,000 rushes and sedges have now been planted, which over time will self-seed to create more naturalised areas.

Large open grassed areas and a network of footpaths, stepping stone weirs and bridges have also been provided for the enjoyment of the locals, and have proved hugely popular. A circuit of the area provides a 2km loop for walkers and their dogs, and it is a safe place for young mountain bikers to test their skills.

Mahoney says while preparing the site there were some “interesting” finds. A bayonet dating back to one of the world wars, and some ancient tree stumps buried at least a metre underground could potentially be from when the Waimakiriri river system changed course. Ecologists says the stumps, presumed to be kahikatea, are thousands of years old., The stumps have been retained and used in the waterway for fish habitat, or as a feature in and around the site A group of large Macrocarpa trees have also been retained as a reminder of past rural land use, and to provide roosting habitat for local birdlife.

Already the Sparks Rd wetland site is doing its job - coaxing wildlife to the recently enhanced landscape and providing amenity and recreation for the local residents. Mahoney is confident that it will also fulfil its primary role - when the next “50 year flood” arrives.