In a new, occasional series, we are looking at projects before, during and after construction.

For our first, we spoke to LandLAB’s Henry Crothers and Sam Gould about “The Lookout” - which is part of a suite of projects which make up the Auckland Viaduct Harbour Masterplan.

The project: A strong sculptural form, the Lookout probes 30m into the harbour from the geographical centre of the Precinct, visually connecting key destinations and re-connecting people to the water. The Lookout functions as both a destination experience and a vantage point for observation of the basin, city centre and wider landscape. The Lookout extends from the land side promenade in the Viaduct to the middle of the harbour. Sam Gould says it is a structure made up of aluminium fins with a steel capping rail. He says it’s a parametric design which went through a number of iterations in the design process.

The brief: Henry Crothers says the brief was to develop a place led strategy for the precinct and to bring to life a structure which ensured a pleasing place for people to visit. The structure sits within a wider range of interventions in the area. The design team wanted to get users out over the water and was able to bring that idea to the client. The design is an extension of the land side promenade and aims to support the range of activities currently in the area. Henry says the master plan for the area looks at strategic connections in terms of how the precinct connects itself into the wider city.

The inspiration: Key narratives of the area are part of the inspiration for this project. The team worked with mana whenua to develop those ideas and have them expressed in the form and the shape of “The Lookout.” They also worked with Ngati Whatua artist Graham Tipene who set out a narrative based on the Taurapa, the post at the stern of waka which LandLAB interpreted in its own way. Sam says the Lookout is a lively structure, based on six piles with a “bit of give in them” which means users will be able to feel their weight transfer on to the surface. 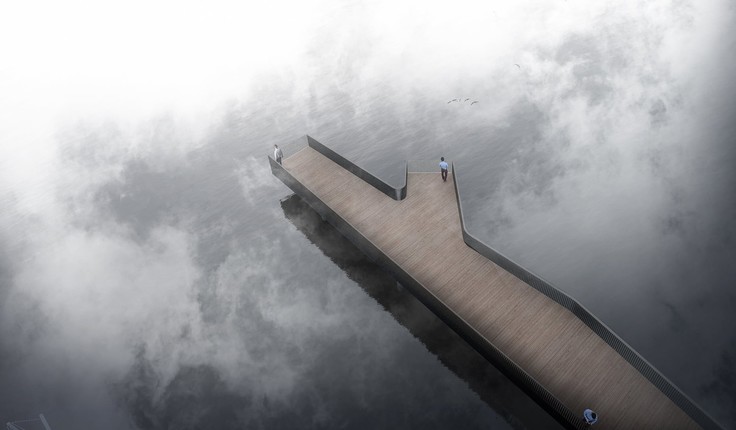 The Lookout is planned to get visitors to the Auckland Viaduct Harbour out on the water. 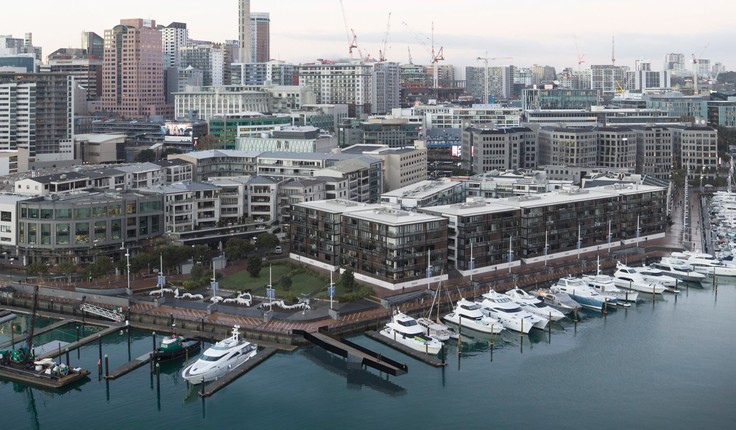 The challenges: Henry says one of the key challenges for the design team is that viaduct users are always behind a balustrade so the opportunity to be on the water is quite often limited. He says this project offers an opportunity to be free of those constraints and actually be out over the water. In terms of detail. Sam says the team had a few issues settling on a shape of the balustrade fins. He says with more than 900 of them it was important to get just right which they did by consulting with the client and local iwi and he believes they have come up with a solution that everyone is happy with.

In the video below - Henry and Sam talk us through the project. We’ll be updating progress and showcasing the final result later in the year.