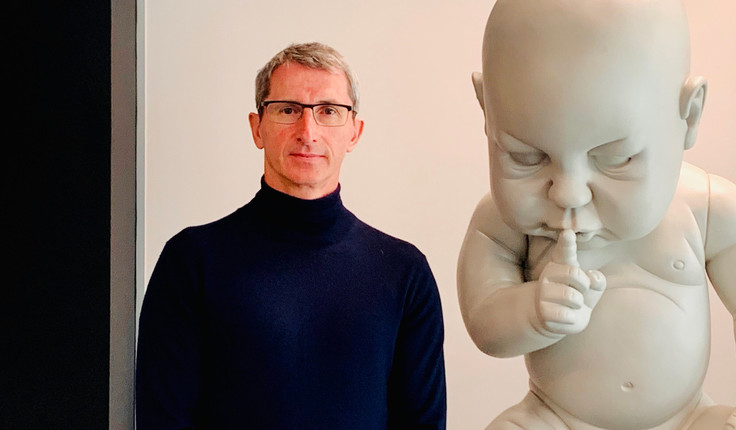 John Potter and friend in the Boffa Miskell North Studio in Auckland.

He brought with him extensive experience in the design of both private and public spaces, often working closely with planners and ecologists.

Boffa Miskell’s John Potter has been made a Fellow of the New Zealand Institute of Landscape Architects Tuia Pito Ora.

In the citation announcing the fellowship, the NZILA said in his nearly three decade long career, John Potter ‘has made a significant contribution to the public realm in Tāmaki Makaurau – Auckland and beyond. “

A chartered landscape architect educated at Sheffield University in the United Kingdom, John  joined Boffa Miskell in 2001, after moving to Aotearoa-New Zealand.

He brought with him  extensive experience in the design of both private and public spaces, often working closely with planners and ecologists.

Over the past 18 years, John has played a lead role on a range of public realm, streetscape and city centre improvement and revitalisation projects, all involving community and key stakeholder participation.

Asked what projects so far he is proudest of John says he can highlight two.  One is his work with the Auckland Council on the CBD in the early 2000s, working on an upgrade pulling together a number of projects.  Within that came the St Patricks Square revitalisation and the shared space street programme which he says “really delivered a paradigm shift in terms of how people and cars interacted.” 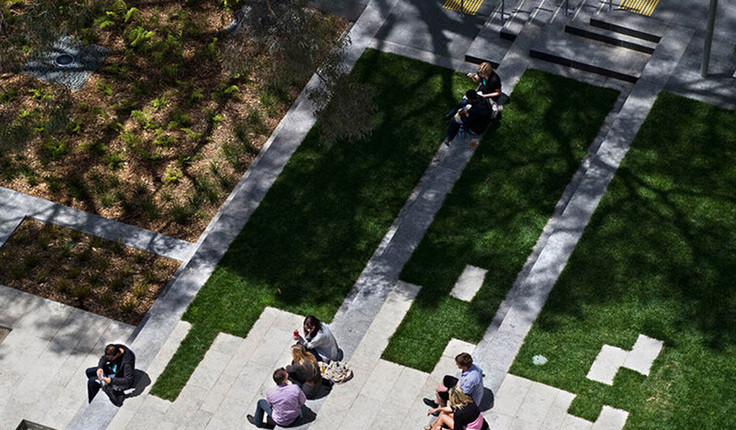 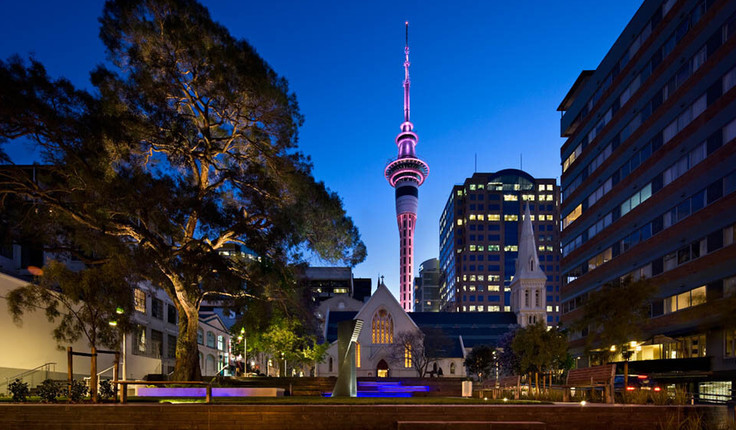 His citation noted that the “ restoration and upgrade of Saint Patrick’s Square, which won the NZILA George Malcolm Supreme Award in 2010, received universal praise from the wider design community, drawing international attention to the high standard of work undertaken by landscape architects in Aotearoa New Zealand.”

John tells LAA his favourite project is the Te Papa Ōtākaro / Avon River Precinct and City Promenade in Ōtautahi / Christchurch.  He relocated to the city 2013-2014 as a member of the 4-person Design Leadership Team for the post quake project which won the NZILA George Malcolm Supreme Award in 2019.

The citation noted John has been an active Registered Member of the New Zealand Institute of Landscape Architects Tuia Pito Ora; (NZILA) and is currently the Registration Panel Deputy Chair.  He has been a big contributor to the process of readying graduate landscape architects for practice, mentoring dozens of landscape architecture graduates through the registration process. He has run annual contract administration workshops for registration candidates in Auckland. John’s input, to many a young Auckland Landscape Architect’s journey to registration and their career progression, has been huge.

The citation adds that over the past eighteen years, John’s work has changed the public realm of our cities and he has become “ a true leader in the landscape architecture profession in New Zealand.”

You can see John’s reaction to the fellowship in the video below.