The more you learn about ecology, the more you realise that systemic change requires working with people in place

Gary Marshall is a landscape architect at Resilio Studio in Auckland. He’s also a part-time educator at Auckland Permaculture Workshop and an occasional gardener, currently looking for a new patch of soil to apply his skills.

LAA: What is it about landscape architecture that made you take up the profession?

GM: I’ve always been passionate about art and design. I grew up on a lifestyle block on the outskirts of Hamilton and was also lucky enough to have a free range childhood in the country so no doubt this gave me an appreciation of the natural world. During my childhood I witnessed the farmland of my childhood consumed by industrial development and later the house I grew up in carparted over by a motorway extension. While I didn’t reflect on this a lot when I was younger, I suspect this had some impact on my values and interests and as I learned more about the state of the world I became increasingly interested in ecology, sustainability and resilience.

I didn’t know what landscape architecture or permaculture was until I was 24, when I came across the book ‘Design Outlaws’ by Chris Zelov. Design Outlaws is a treasure trove of interviews with ecological designers and appropriate technology practitioners from the 70’s, inspired by Buckminster Fuller. It has case studies of projects about restoring wetlands, planting food forests, building earth ships, ecosystem management, prototyping pedal power airplanes, greening the deserts, wastewater wetlands, self-contained houses - inspiring projects that we are still trying to do now. It bought together the worlds of design and ecology - once I had this insight, I was hooked. I then spent a year studying permaculture followed by landscape architecture at Lincoln for two years. In 2005 I shifted to Auckland to start my landscape architecture career with DJ Scott Associates.

LAA: What’s important to you as a practitioner?

GM: Building resilience through regenerative design - we started our own practice so that we could focus on this more explicitly.

Our working assumption is that there are limits to growth and we are starting to experience these limits now and that we need to start to build practices, structures, institutions and patterns of living for a world with less complexity, energy and resources than today. No matter what the future brings we believe that ecology, design and community will be needed; that as designers we will always be asked to do more with less; and as Covid 19 has demonstrated, we will need to stay on our toes. It’s important to us that we stay flexible, responsive, lean and agile. We are consciously positioning ourselves to be effective in the next economy and we are excited about our role in helping to shape it.

The more you learn about ecology, the more you realise that systemic change requires working with people in place - this is where cultural literacy, social innovation and place making become increasingly important to regenerative design - which reminds me of one of our favourite quotes - and framing for what we do at Resilio Studio:

Or to borrow a phrase from one of our collaborators, Lucy Tukua I believe design should be “place-based, culture led, and community fed”.

In our office we use the seven forms of capital as a framework for thinking about regenerative design. By capital we mean the value inherent in our natural environment; our cultural practices, shared histories, language, artistic expression, philosophy etc; our built environment, tools and technologies; our social networks and personal agency; our shared knowledge; and our financial resources and viability. This framework becomes the basis for thinking about the regenerative capacity of any given design - the more forms of capital a design can build locally through the process, the more regenerative it is likely to be - the more resilient our communities and environments will become.

We try to walk the talk as much as possible, both individually and as a practice and we spend a lot of time outside of project budgets delivering on work we think will have positive impacts - these are the projects that excite us the most. 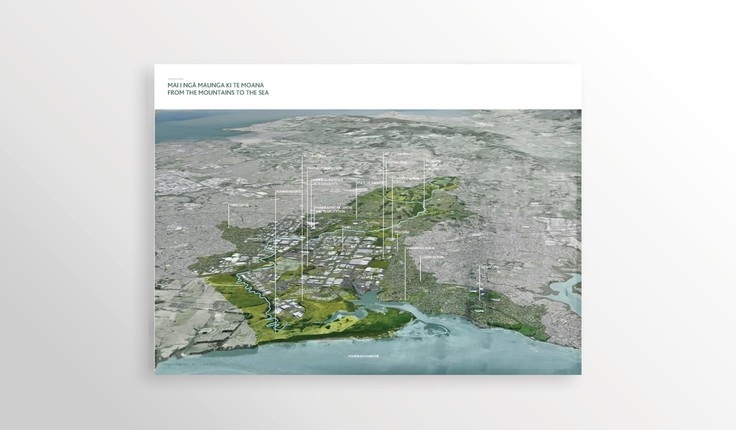 Puhinui is one project Gary Marshall is particularly proud of. 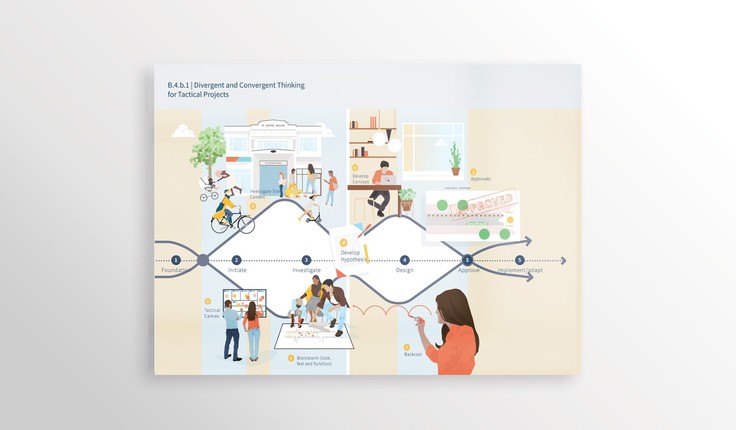 The Tactical Urbanism Handbook for Aotearoa.

LAA: What type of project excites you and why?

GM: Any project that pulls together design, ecology, culture and community to build different forms of capital. We have been working hard in these areas and are lucky enough to be working on a few really exciting projects at the moment:

The Puhinui Regeneration Strategy jumped out at us from the beginning - it is the first project we have seen that is explicitly grounded in whole / living systems design that brings together mana whenua collaboration (led by Waiohua tribes Ngāti Tamaoho, Te Ākitai and Ngaati Te Ata), integrated catchment planning and ecological design, urban regeneration and social innovation under the same umbrella to create a comprehensive regeneration strategy for the Puhinui catchment and community. This project has demanded a collaborative process across a wide range of Crown agencies, council departments, local boards, Council Owned Organisations (CCOs) and community as well as an unparalleled need for agility in planning and process as the complexity of the project weaves through layers of governance, delivery, operations and back again. Our work on this project is likely to close out around October this year - it’s something we are really proud of being involved in and this will hopefully be the beginning of a multigenerational transformation and regeneration of place.

Tactical Urbanism - We have been involved in tactical urbanism in New Zealand for over 5 years. Starting with design studios at Unitec in 2014, we are still heavily involved in Auckland based projects and now further afield with the Innovating Streets programme for Waka Kotahi - NZTA. We enjoy the collaborative process of tactical urbanism and think that prototyping in public spaces and the iterative approaches it demands lay a really robust foundation for genuine codesign with community. At the time of writing we are just making the final edits to the Tactical Urbanism Handbook for Aotearoa that we have written for Waka Kotahi with Crank and Coalesce. We are excited and a little nervous to see how the wave of Innovating Streets is going to roll out over the next year - we all have a lot to learn in this space and can see some challenges ahead!

GM: Grey Lynn 2030 was a a community initiative based on the principles and purpose of the ‘Transition Towns Initiative’, an international grassroots movement that aims to bring people together to explore how local communities can work together to transition away from a fossil fueled industrial society toward a network of less carbon intense and more resilient communities. My colleague Finn Mackesy and I worked with a couple of other community members to launch the initiative with a movie - The Power of Community and held shared conversations about the community's aspirations and concerns and helped to coordinate subsequent gatherings and establish the group’s foundations. It was from these formal and informal gatherings and workshops that a core group formed and created Grey Lynn 2030. From its initiation, multiple initiatives emerged including a zero waste initiative, the Grey Lynn Farmers Market, Wilton Street Community Garden, traffic calming group amongst other initiatives.

The part of this initiative we are most proud of is the fact that we helped to set up a community group and were able to step away, leaving it in the safe hands of a group of committed community members, which remains one of the few enduring transition initiatives in Auckland. As anyone who has been involved in local community development will know, even the most effective and supported community groups often live, thrive and fade away with the energy of the founding members. A succession strategy that makes space for new and different people to join, that see themselves in it, and have enough skin in the game to take responsibility and actively contribute to move the group forward is easy in theory but incredibly difficult in practice.

LAA: You’re also a director of the Auckland Permaculture Workshop.

GM: Finn and I set Auckland Permaculture Workshop (APW) up in 2007 as an education, design and research initiative to explore how Auckland can become more resilient in response to the many converging challenges we see affecting us over the coming years and decades - peak oil, post growth economics, ecological overshoot, resource limits, food sovereignty, social justice and urban structuring.

We designed and delivered a bioregional modular Permaculture Design Certificate covering areas of ecological design, social innovation, appropriate technology and resilience. Our year long programme includes twelve workshops with a 20 hour design project. We started with education because we believe that education is one of the best levers for long term systemic change - it is a slow process but the potential impact is huge… and developing it fitted in well with our lifestyles at the time.

Through the years we have had several people come on board and contribute - to direct the company, help refine our delivery model etc. We have also experimented with different delivery models and made attempts to undertake research and design projects through APW. After some initial successes, and some experimentation with different business models, we eventually decided to keep APW focussed on education and set up a new company to develop the design business and this is when we started Resilio Studio.

Today, APW is a limited liability company wholly owned by Auckland Permaculture Trust. We currently have a core team of five people delivering and administering the programme. We have delivered the full programme 10 times and have taught versions and extracts from the programme through design studio’s at Unitec, AUT and Auckland University. We have had over 200 people ‘graduate’ with a permaculture design certificate and well over 500 people participate.