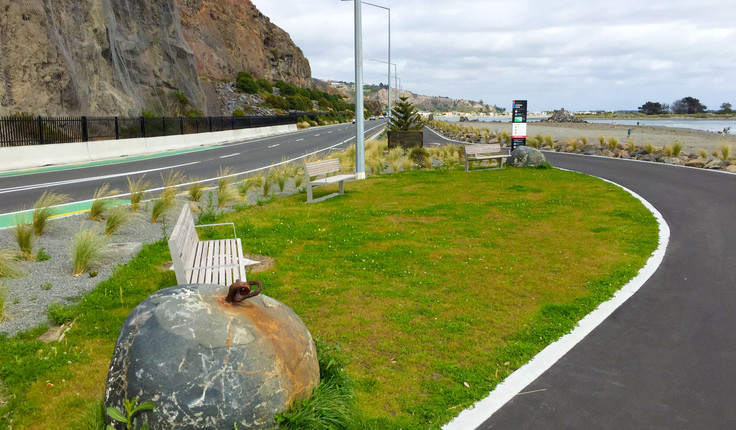 The Christchurch Coastal Pathway Group has been pushing for a shared cycle/pedestrian route connecting Christchurch’s south-eastern suburbs since 2012.

Christchurch’s Coastal Pathway (Te Ara Ihutai), is inching closer to completion with work just finished on an 800m section of pathway, including a boardwalk, extending from Rapanui / Shag Rock to the Sumner Surf Lifesaving Club.

That just leaves a final 800m section around Moncks Bay, the most technically challenging and expensive piece of the entire 6.5km shared path because it needs to be cantilevered out over the bay.

“You don’t want to impact on traffic because it’s the main route in and out of Sumner. And it is important to minimise the impact on the estuary so it’s really going to come down to a contractor successfully coming up with the methodology to make it work. There are a lot of variables to consider.”

The entire project has been a lesson in tenacity for the passionate people that formed the Christchurch Coastal Pathway Group, who have been pushing for a shared cycle/pedestrian route connecting Christchurch’s south-eastern suburbs since 2012.

Landscape architect Megan Wraight, who used to live at Taylor’s Mistake, prepared a concept design and the project became a formalised joint venture between the Coastal Pathway Group and the Council in 2014. 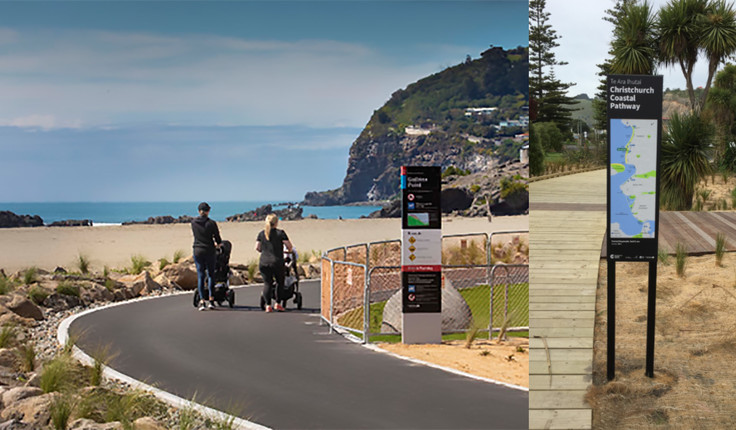 Christchurch Coastal Pathway Group Chair Scott Babington says it’s is a mixed use pathway, designed for all people including mobility impaired. We believe that it has the potential to become a significant tourist attraction in its own right.

“The planting has enhanced the estuarine edge, and the use of swales has allowed sediment and other pollutants to be removed from the road run-off before it gets to the estuary.”

But like any mammoth undertaking there’ve been many twists and turns in the journey to completion. So far it’s cost $14 million, money which came from Council.

There have been design and engineering complexities, which have been tackled by a multi-disciplinary team of technical professionals at Council, ranging from landscape architects, project managers, surveyors, structural/geotechnical/stormwater engineers, roading designers and contract supervisors.

“It’s quite a unique project for council,” says Ms Ellis. “It has been done in conjunction with a community group (Coastal Pathway Group) who had the vision, and then Council has been able to work with them to make that vision a reality.

“You’re dealing with a very dynamic coastal environment, and the additional challenges of working around the local wildlife. An exclusion zone had to be put in place during the white-flippered penguin breeding and nesting season, which changed around the programme of work. And a colony of southern grass skinks had to be relocated.”

The Coastal Pathway has been gifted the name Te Ara Ihutai by Te Ngāi Tūāhuriri Upoko Te Maire Tau. Ihutai is an important fishing easement in the New Brighton - Sumner coastline area. It was part of a much larger fishery or mahinga kai used by a number of specially designated hapū and whānau groups. The owners of these traditional sites were those of the Kaiapoi Reserve and their immediate descendants.

Translated the name means Ihutai Path and relates to the geographical shape of the land. Ihu means nose and Tai mean sea coast. It is the coast line that is shaped like a nose on Papatuanuku.

When completed users will be able to commute from Ferrymead Bridge to Scarborough Beach, and connecting to the Council’s major cycleway routes - Rapanui - Shag Rock Cycleway and the Opawaho River Route.