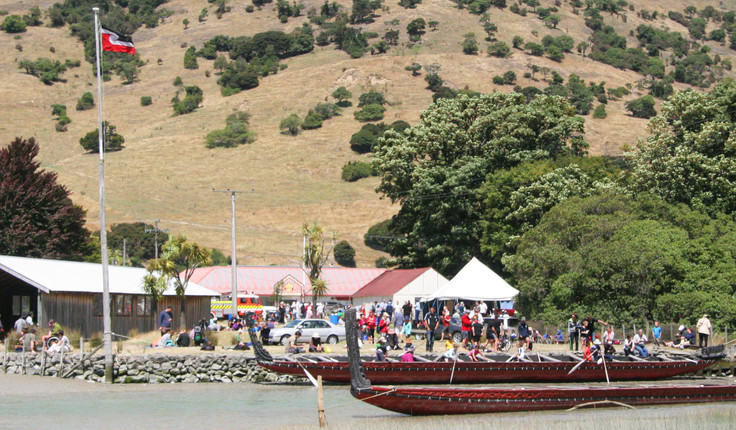 As we move quickly into another year, it is often useful to take a moment to take stock of where we are in our place.

As an example, at various points around Aotearoa over the second half of 2019, a small fleet of waka hourua accompanied the Endeavour replica commemorating the first ‘official’ contact between Great Britain and Aotearoa. This commemoration also recalls the important rekindling of polynesian links that took place as part of this contact, through Tahitian tohunga Tupaia who accompanied the Endeavour on this voyage.

The Tuia 250 initiative comprised a range of official events commemorating this seminal happening 250 years ago, and was met with and invoked a range of reactions, often vocal and at times visceral and uncomfortable. The major thrust of this initiative however was to provide opportunities to come together to kōrero, to wānanga and to discover what and who we have become as te hunga ora o ēnei motu: ngā uri Māori me ngā uri  o Te Tiriti [the people living on these island – Māori descendants and decendants of the Treaty].

Bringing that pathway of thought back to our profession, it was with delight that Te Tau-a-Nuku noted the increased number of projects amongst this year’s NZILA awards which were substantively informed by interaction/intersection with tāngata and Te Ao Māori, and which carried ingoa Māori.  From large scale city shaping and infrastructure design, to careful consideration of incarcerative environments, to outstanding student explorations, to visionary approaches to inner city function founded on balancing knowledge systems, to re-establishing traditional knowledge and processes, these awards were an inspiring celebration of the work of landscape architects in creating Aotearoa,  and through that the uniqueness of who and where we are in the world.

Which leads from this warm backwards glance forward into 2020. What Te Tau-a-Nuku would like to suggest to Tuia Pito Ora and our membership is that 2020 is not just another year, the one that occupied 365 days and gets us from 2019 to 2021. Reframing one’s view allows one to also see that 2020 marks twenty years before we collectively celebrate the bi-centennary of the signing of Te Tiriti o Waitangi. If we extend this thinking further, it allows us 19 years to continue to develop as a discipline and as a profession to be ready for that celebration in 2040. As landscape architects, how do we want to be working with our communities,  and what do we want to be doing that will give voice to this land in 2040? Put another way, if we were able to sit down on 6 February 2040 over a cuppa with those tūpuna who had signed Te Tiriti 200 years ago, what would we want to be pointing out as the contributions of landscape architecture to Aotearoa, what outcomes might we want to be showing them which demonstrate how our ears, our minds, our hands, our backs, our hearts and our behaviours have helped to deliver on the vision and the hopes that both sides signed up to? 200years previously?

Quite the kaupapa whanau, and quite the wero for us all to take up as we get back into mahi after well deserved breaks.