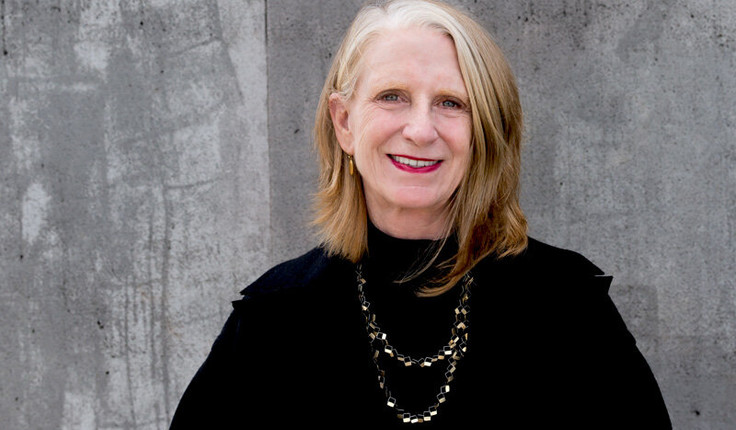 Kathryn Gustafson graduated from Ecole Nationale Superieure du Paysage, Versailles, France and Fashion Institute of Technology, New York, NY, A.A.S. Kathryn worked in France from 1980 until 1997, where she was the lead landscape designer for the headquarters of Shell (1990), Esso (1992) and a model factory for L’Oréal (1993). Other significant works include the award- winning Jardins de l’Imaginaire in Terrasson la Villedieu (1995), which is classed by the French Ministry of Culture as one of the most notable gardens in France. Her work at the public plaza in Evry (1991) was one of the first landscape projects worldwide to create a flexible space with water jets.

Gustafson has contributed towards education and practice internationally. She is an Honorary Fellow of the Royal Institute of British Architecture, an honorary Royal Designer for Industry member and a medallist of the French Academy of Architecture. She is the recipient of the Architects’ Journal Jane Drew Prize 1998, the 2001 Chrysler Design Award, the 2008 ASLA Design Medal, the Arnold W. Brunner Memorial Prize for Architecture 2012 and the 8th Obayashi Prize, Japan in 2014. In 2011, Kathryn and her GGN partners received the Smithsonian’s Cooper-Hewitt National Design Award for Landscape Architecture, and GGN received the ASLA 2017 National Landscape Architecture Firm Award.

Since her early work in France, including a series of poetic landscapes for Shell Headquarters (1990), Esso (1992), and L’Oreal (1993), the trialectics of art, landscape and fashion generated by her academic formation were clearly evidenced in the muscular qualities of these landscapes, whose complexities and subtleties engaged the human body on a fundamental level.

Kathryn Gustafson gained a worldwide reputation with the project The Lurie Garden in Chicago’s Millennium Park, one of her most celebrated works in the United States. The visibility of her design work and her lecturing activities have had a great impact on professionals and students as well as on a broader public. She is a leader in creating world class projects that have impact - iconic projects that help foster the awareness of the profession of landscape architecture and its relevance to contemporary society.