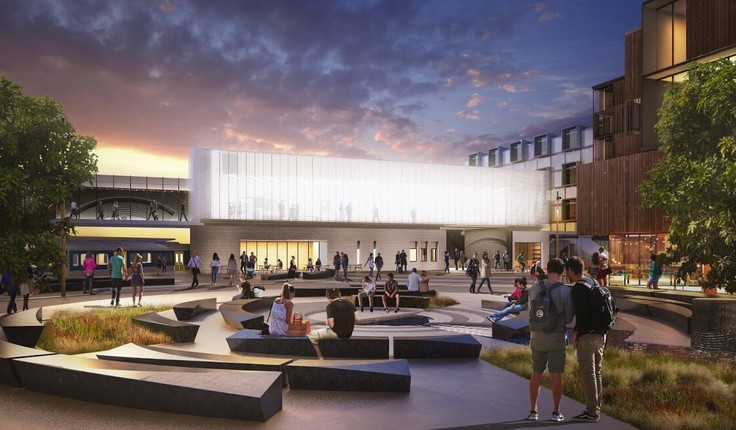 A render of Auckland's City Rail Link courtesy of Jasmax

For the first time, a New Zealand project has won an accolade at the world’s biggest international architecture festival, WAFX.

The WAFX awards recognise the world’s most forward-looking architectural concepts, future projects that tackle global issues that architects will face in coming years.

Jasmax CEO Sjoerd Post says that the award is reflective of a bold vision for New Zealand architecture. “We have a vision for raising the bar on bicultural design reflective of the unique founding relationship enshrined in Te Tiriti o Waitangi. I am incredibly proud of the collaborative effort of our Jasmax and Grimshaw team, mana whenua and our City Rail Link Ltd client being recognised as world-leading in this space.”

“The Auckland City Rail Link will double the capacity of the entire rail network and improve the lives of millions of Aucklanders. We are thrilled to be playing a part in this transformative project by designing three new stations – Aotea, Karangahape and Mt Eden – with distinct identities, reflecting the Māori creation story which unfolds as people travel along the City Rail Link”, said Grimshaw Partner, Neil Stonell.

More than a major transport infrastructure project, the City Rail Link will be New Zealand’s largest public art project. Using a truly culturally integrated design framework, the CRL station designs will reflect Auckland’s unique identity as the largest Māori city in the world. Inspired by the historic landforms and flora characteristic to each station site, the architecture and integrated artwork weave a distinctive story of place set within the natural world, reflecting a Māori worldview that people and the land are one.

There are ten WAFX prizes awarded with one winner in each category. Categories range from food and water, ageing and health to carbon reduction. All category winners are up for the top WAFX prize, announced in December.

City Rail Link is also a finalist in the World Architecture Festival (WAF) Awards in the Future Infrastructure Category.