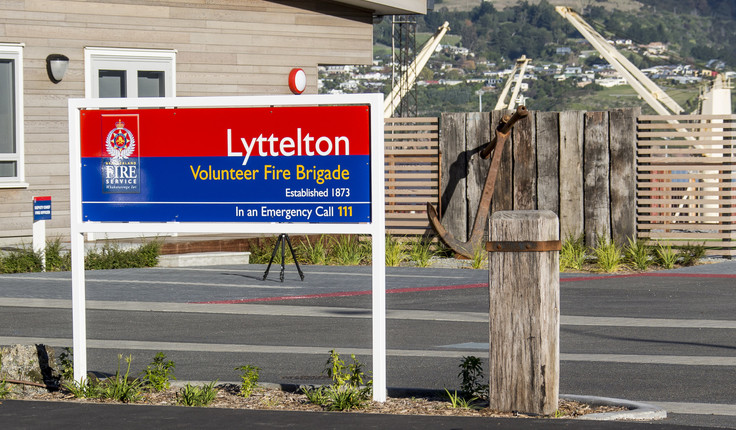 The Lyttelton Fire Station design celebrates the volunteers, shows off the fantastic setting of Lyttelton, the port and the harbour. Photo by CMG Studios

Design and construction by Goom Landscapes

The Lyttelton Fire Station is a gem in the rebuild of post-earthquake Christchurch. As the first volunteer fire station to be rebuilt after the 2011 earthquakes, the design celebrates the volunteers, shows off the fantastic setting of Lyttelton, the port and the harbour.

The quality of design and implementation is seen as a reflection of the appreciation and pride Fire and Emergency New Zealand (FENZ) has for its volunteers and serves as a benchmark for the numerous station rebuilds happening throughout Canterbury.

The design and construction of this particular station was done by Goom Landscapes.

Both the function and location of the site resulted in very specific design aspirations that this landscape design has successfully achieved:

Lyttelton as a town has a very strong sense of place already – with established connections with its historical character and relationship to the waterfront and working port. Reflecting and building on these attributes was supremely important in influencing the design. 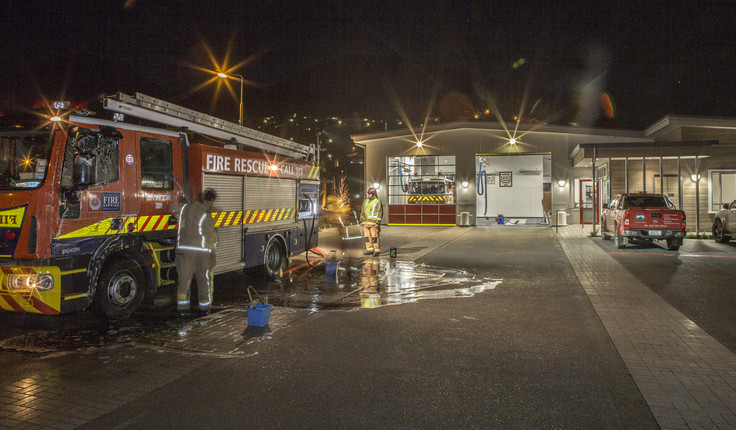 The Lyttelton Fire Station was the first volunteer fire station to be rebuilt after the 2011 earthquakes. Photo by CMG Studios 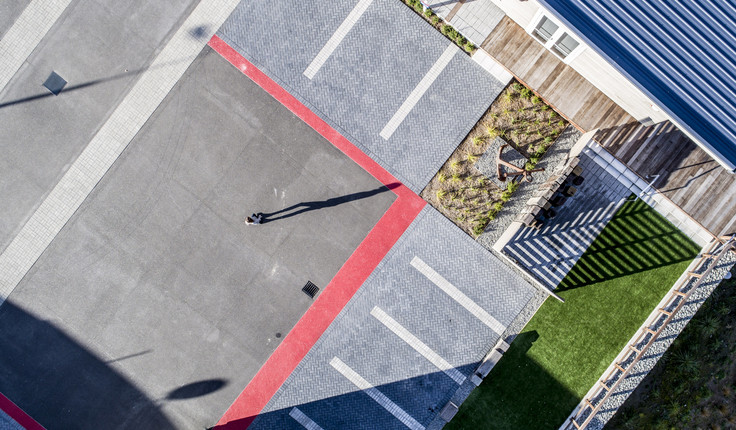 There’s no fence around the station making the brigade feel better connected with its community. Photo by CMG Studios

Being a volunteer station, the community gave the rebuild a lot of support. We were lucky to have the Lyttelton Port Company open their ship yard to us where we had our pick of old materials and port objects.

Wharf piles were repurposed for seating/vehicle stops, the memorial seat, bollards and the BBQ screen. This had an added benefit of allowing this space to link well with Albion Square, a short walk up the road that uses the same wharf timbers.

Salvaged steel wharf bollards were repainted (to match the white of the port bollards) and repurposed as vehicle bollards to protect the building from appliance trucks as they back into their parking bays.

It was important to us to maintain the residential scale and to make the street frontage feel inviting and open, in keeping with similar low fence and hedge treatments already present along the street.

The site itself offers fantastic views of Lyttelton Harbour and port previously hidden behind hedges and buildings. These views are now opened up for all to enjoy.

As commonly seen with fire stations, we decided not to construct a fence around the station. This helps make the brigade feel better connected with its community, allowing people to see their everyday activities,  from training in the open through to washing the appliances in the forecourt. This is a way for them to visually express pride in what they contribute to the community and is comforting for the community to register the brigade’s presence.

It was a baptism by fire for Lyttelton Fire Station – although it was officially opened on February 18th, 2017, the week before it was operating 24/7 to fight the major Port Hills fires that ignited on February 13th. The station operated with exceptional functionality right off the mark. 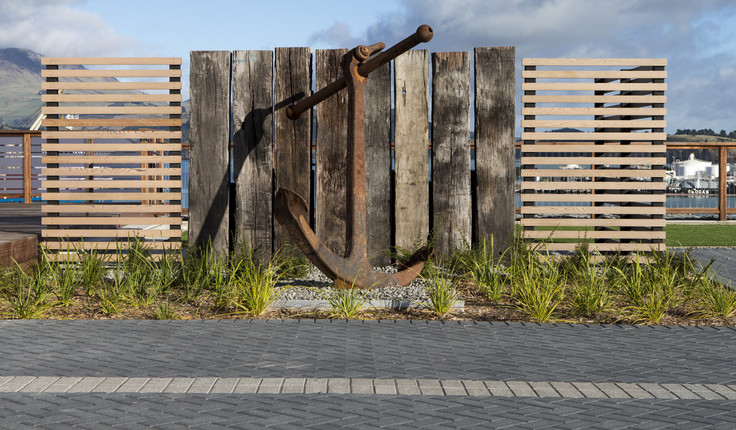 An anchor was also donated and takes pride of place in the main yard, lit up at night with the lights of the working port behind. Photo by CMG Studios