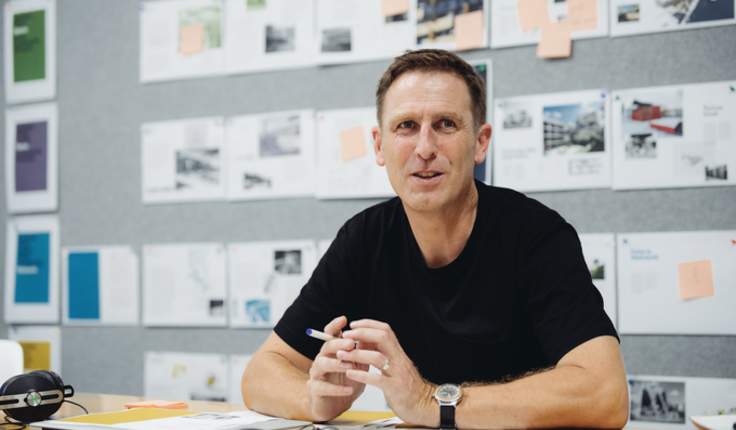 So where do you start?

Isthmus CEO Ralph Johns says the current New Zealand condition is we are increasingly physical and mentally unwell, our communities are disconnected, access to good housing is inequitable and our environment is suffering. However, these issues that reflect global uncertainty and complexity can also be tackled by casting aside traditional models and structuring your business around ambiguity.

VUCA is an acronym developed by the army to describe the conditions of the cold war. Tellingly, today it has been adopted by business strategists as a way of describing the situation in which organisations are increasingly operating: volatility, uncertainty, complexity, and ambiguity.

While Aotearoa may not be the global hotspot of volatility, our small distant country is increasingly affected by global uncertainty and complexity. Meanwhile we have homegrown issues to deal with, none of which are unique in themselves, but put together they form the current ‘New Zealand condition’: we are increasingly physical and mentally unwell, our communities are disconnected, access to good housing is inequitable and our environment is suffering.

Amongst all this, one fact is sure: nothing is certain and everything will change. These complex, intertwined contemporary issues have not been solved by traditional thinking with its tendency to reduce problems into component parts which then compete for attention, losing sight of the big picture.

As designers, we are perhaps more open to embracing uncertainty than most. We happily live in a world made up of shades-of-grey rather than the black-white, on-off and right-wrong mindsets of other professions.  As a practice, Isthmus likes to blur lines, to exploit the healthy tension between things, and find balance between competing factors and interests.

The ability to think and act ambiguously is at the core of the creative process, but structuring a business around ambiguity can appear to be an oxymoron. Over the last couple of years, as Isthmus has doubled in size to 80 people across two studios, the challenge has been to maintain our flexibility and nimbleness while scaling up to deliver a greater number of complex projects. We rejected the old models of professional service espoused in the management and strategy text-books and took the road less travelled.

We invested in the studio as a place of exchange, an inter-disciplinary space where we work in the overlap. Believing in the designer-as-enabler and in design-as-a-process, not product, each project becomes the result of a messy, often intense, creative process that typically involves a large number of people from diverse backgrounds working together. We created a design studio that is defined by purpose and process rather than discipline. This move feeds an open mindset and frees us up to focus on what really matters to us: strategic problem solving.

New Zealand is not so ‘new’ anymore. Many of the places that we are working are showing their age. Communities in the suburbs of our major cities as well as in the regions are suffering from every social issue imaginable, exacerbated by decaying physical infrastructure. To make meaningful, transformational change here requires thinking in the fourth dimension: time. Urban regeneration is a notoriously complex undertaking, spanning many political cycles. The balance of community, infrastructure, economics and politics is volatile and unpredictable.

So where do you start? Everything is uncertain, but with ambiguity comes opportunity. For Isthmus, it is the opportunity to change people’s lives for the better by connecting with land and culture.

This story originally appeared in Idealog.