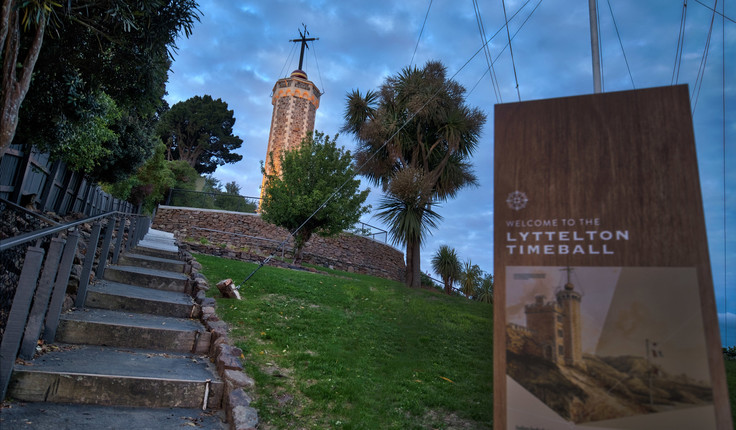 A full rebuild of the complete Timeball Station was not possible, but with so much of the building’s fabric retrieved, recorded and stored, the tower could be rebuilt. Overseeing the entire project was The Building Intelligence Group.

Landscape architects Rough & Milne have finished designing the grounds of Lyttelton’s historic Timeball Station - for the second time. They’d only just finished re-invigorating the landscape in 2010 when the Darfield earthquake struck on September 4. Damage sustained to the property a few months in another earthquake totally destroyed the landmark.

Built in the 1870s to help sailors establish their longitude, the Timeball Station sits on the Lyttelton hillside overlooking the port and harbour. As one of only five working timeballs in the world it’s an internationally significant piece of maritime history.

The concept of dropping a ball to mark time dates back to the mid-1800s in England, when it was a way of signalling time to those who couldn’t afford clocks and watches. In Lyttelton it would drop down a wooden pole every day at exactly 1pm.

In 2015 Rough & Milne was asked to create a remediation plan and detailed documentation for the reinstatement of various walls, the historic front gates, paths and stone edging, seating and garden beds. Landscape installation began mid last year, and finished in time for a November opening. Overseeing the entire project was the Building Intelligence Group.

Landscape architect Laura Batchelor says there were a few challenges along the way, including locating the existing historic items which had been taken off site and stored after the second earthquake. “A lot of the materials from the timeball were taken down carefully and put in storage,” she says. “It was hard to find different things to see what we still had to work with.

“We also had to be careful of important heritage features of the site,” Batchelor said. “We put together a special archaeological plan showing these special areas,  and where the landscapers would need to have the supervision of an archaeologist if they had to dig down, such as around the site of the old Signal Mans Hut, and around the Timeball Building itself.”

And while Batchelor’s team were following Rough & Milne’s 2010 plans closely, there did have to be changes made to earthquake-proof the site. The internal drystone retaining wall details were amended to have mortar and increased reinforcing to prevent damage in future quakes. 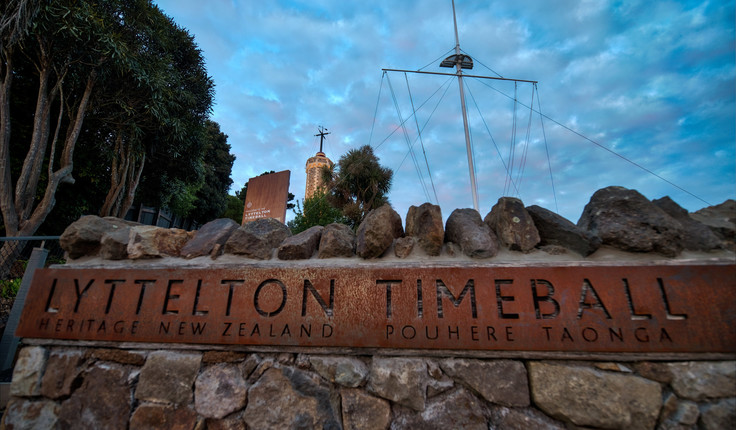 The tower was reconstructed in the style of the original stonemasonry, complete with a newly coated zinc timeball painted in its original colours. 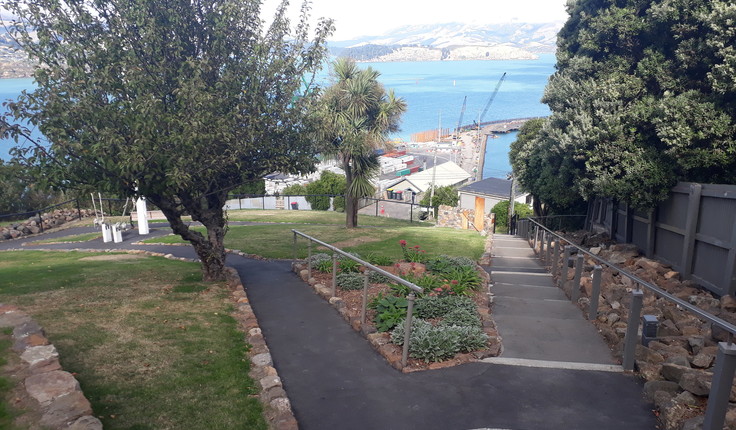 The grounds provide a peaceful vantage point overlooking the harbour.

Due to budget constraints the boundary drystone walls were not rebuilt and instead left neatly stacked along the boundary lines, and the safety fencing was painted and left in place.

The entrance way was reinstated and emphasised with a new stone entrance wall with a corten and heavy duty recycled timber lettering panel. The existing steps were retained, and the old retaining wall was restored to one side.

A new wrought iron handrail was installed alongside the steps to aid access, with a scroll detail reminiscent of the handrails once contained within the Timeball station. The historic gate was painted and re-hung at the top of the steps.

New, more sturdy ‘heritage-look’ wrought iron and timber seats were installed. The asphalt surface below the Timeball was restored, along with the trachyte meridian line, which has a brass insert to the centre.

Greenlinc Landscaping, who did the grunt work, had to contend with a steep site with limited access – everything needed to be lifted up a steep bank and then carried up to the top of the site.

On top of that they had to work around other contractors whose programmes had been pushed out.  Hard work meant they hit their deadline, and the tower, timeball, flagpole and landscaped grounds are once again open for the public to enjoy.

“What we have now is a place the public can enjoy and learn about the history of the site, what the purpose of the former Timeball Station was and how seafarers from the first arrival of Māori to today have used navigation techniques to guide them,” says Heritage New Zealand’s Director Southern Region, Sheila Watson.  “The site is a nod to its very important past but also a newly plotted pathway to the future. It incorporates original heritage elements with new, such as the automated timeball mechanism replacing the original component due to the extent of earthquake damage it received.”

A special marker created by Ngāti Wheke carver Caine Tauwhare reflects the significance of local Māori history and celestial navigation expertise. The timeball has also been returned to its original colours of cream and red.