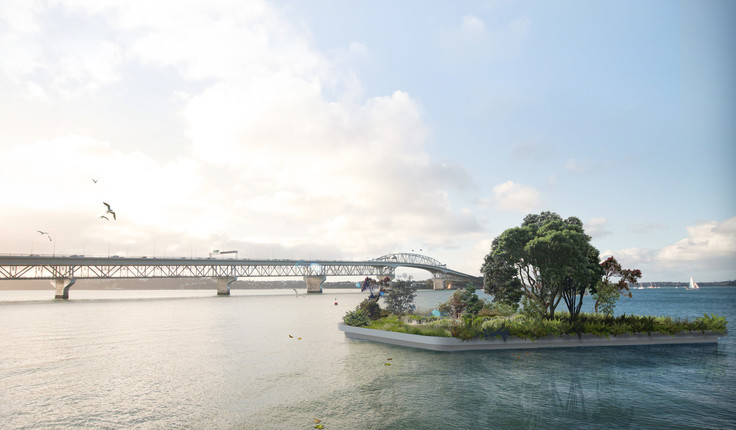 LandLAB’s design allows for several islands that can be towed around the harbour and used for different purposes.

LandLAB’s design for a floating social and ecological activation device for Auckland’s Waitemata Harbour has picked up the Merit prize in the World Landscape Architecture awards.

Island Motutere was entered in the conceptual category as a research and experimental project exploring how the ideas of tactical urbanism, place-making and strategic activation can be applied to, and rejuvenate an urban waterfront.

On winning the award LandLAB told WLA “we have historically taken space from our harbour without thinking carefully enough about what we do with it, and how we might best use it. This project has unlocked new opportunities for our urban waterfront that embrace the temporary, dynamic and ephemeral qualities of waterfronts that are typically overlooked or engineered out. Island has been about finding ways of giving something back.

“We are interested in design research so we are pleased to receive this World Landscape Architecture award in acknowledgement of our curiosity and commitment to solving problems with design and systems thinking, and through the lenses of landscape, urbanism and ecology.”

An island could be used as a backdrop for corporate events, such as a swimming pool or a platform for an orchestra. It could also be the deck of a boat or an urban coastal forest. 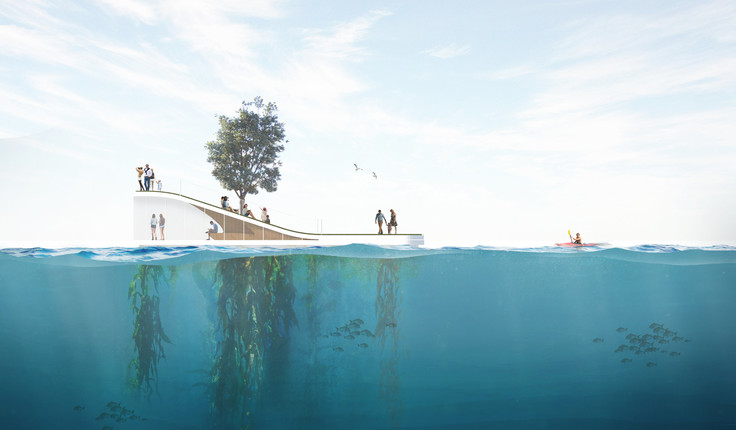 An island could serve ecological functions with a sub-surface marine ecology that enhances water quality underneath.

“It’s a moveable, floating, social and ecological infrastructure that supports swimming, events, performance, occupation and delight,” Crothers says. “Auckland’s landscape consists of a dramatic and sculptural field of geological volcanoes and a flooded harbour system of rhythmical headlands and bays. However the city centre’s waterfront has been highly modified and access to the water’s edge compromised over time.

“Island establishes a sculptural form juxtaposed against the highly modified and constructed urban water’s edge. It invites re-occupation of the cities blue water spaces. A water based social and ecological strategic activation device that blurs boundaries between land (whenua) and sea (moana). It is able to be positioned in a variety of water’s edge locations to provide a program of constantly changing experiences.

“Islands is ecological provocative, and promotes environmental issues such as water quality that affect the city centre. A sub-surface marine forest establishes a new ecological island habitat that supports harbour biodiversity. Island can be a catalyst for a range of ecological enhancements to the Auckland’s urban waterfront.”

He says Islands is culturally resonant. ‘Motutere’ is a maori word for island. ‘Motu’ means to sever and ‘tere’ means to drift.

Island is experimental and will involve the testing and trialling of new construction methodologies and embrace New Zealand’s traditions of sea faring, boat building, innovation and exploration, Crothers says. 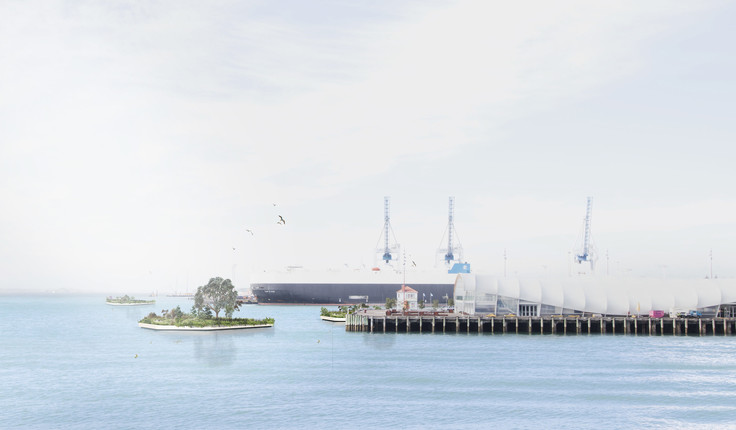