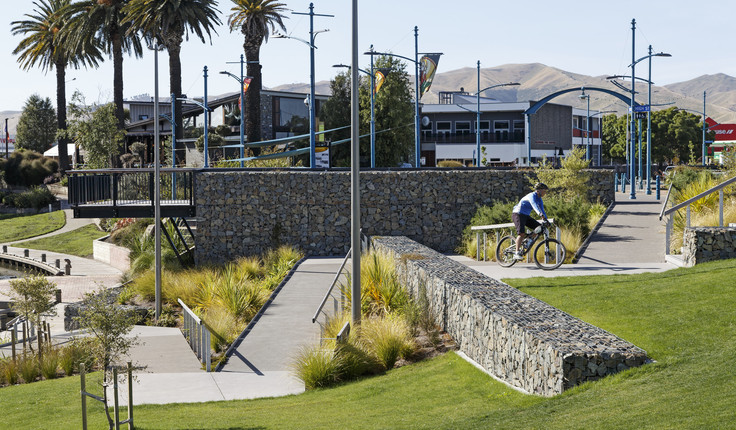 Quays Riverside Park, Blenheim. The park might have eaten up some carparks but feedback has been overwhelmingly positive. Photo by: Virginia Woolf

The Taylor River has been reimagined as a focal point for the Marlborough region, and at the intersection of the river and Blenheim’s town centre, the new Quays Riverside Park is the beating heart.

The design, by Wellington’s Studio Pacific, references a number of important elements of the region, drawing inspiration from the historic role and form of the river edge, and the alluvial plains and fertile landscape of Marlborough.

In its early days the region was serviced by the river, with big boats using Blenheim as a trading port. But, as with many towns and cities, the advent of road and rail meant that activity dropped off, and the town swung inward, turning it’s back on the water.

Before it’s reincarnation the site was a sterile concrete car park, with a big retaining wall that reached out to the river, restricting access to the water.

“Part of our brief was about bringing the connection back to the river,” says Studio Pacific landscape architect Stuart Dun. “We wanted to draw people to the water’s edge. You know it’s part of that old-fashioned idea of promenading, going back to the traditional connection to the land, knowing your mountain and knowing your river. There’s something in that, not just for Maori, but for everybody I think.”

Visible from SH1 the park features a projecting wharf like structure and viewing deck that extends out to the river edge. “We wanted people driving past on SH1 to be able to see it so they’d have a reason for turning off and coming into the town,” Dun says. 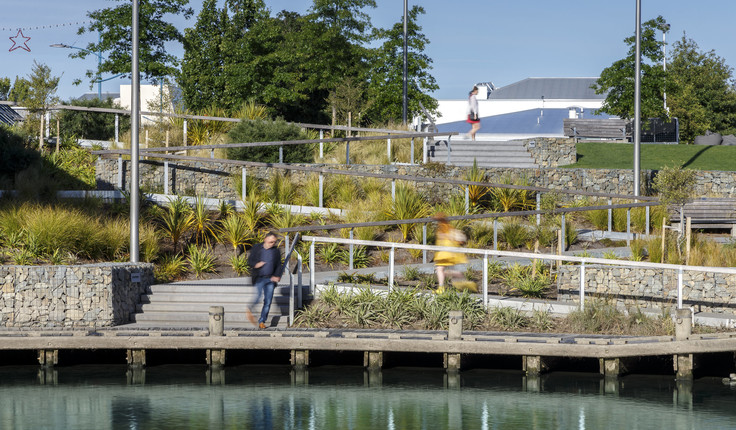 The aim of the park was to reconnect locals with the river. Access had previously been cut off. Photo by: Virginia Woolf 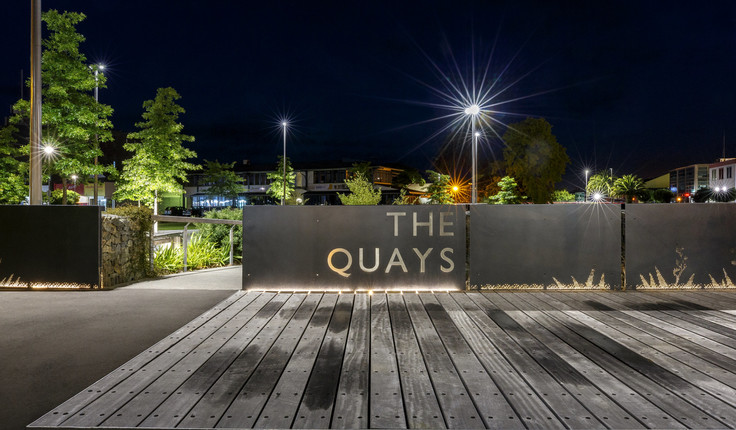 The attractive space has a safe, welcoming vibe to it. Photo by: Virginia Woolf

A series of gabion walls made from local river stone step down the site creating a zig zag path through native planting that connects the town centre to the river and the walking and cycling trails along it.

A generous sloping lawn creates a natural amphitheater, a place to sit and relax, and a staging space for activities and events.

The upper level includes seating and flat lawn framed by mature pin oak trees. It connects to adjacent Saturday markets, and has been designed to facilitate a range of formal and informal activities with an integrated lighting scheme for night time events.

Studio Pacific was invited to submit their design for the area as part of a competition. Dun says it was about stimulating change, providing a catalyst for more development along the waterfront.

“Our design is future proofed in a sense,” he says. “So if a cultural centre or a new library is built it can be stitched into the space as well. In the long term the park might become a forecourt for that civic activity.”

He says feedback has been really positive, with many using the park to get to and from work. It’s a favourite with walkers, runners and cyclists. “The park is seen as an important step in the revitalization of the river precinct for Blenheim and connects the town shops and its people back to the river and its cultural and social heritage. It has become both a vibrant and adaptable park for city life, and a hub for accessing the recreational opportunities of the region.” 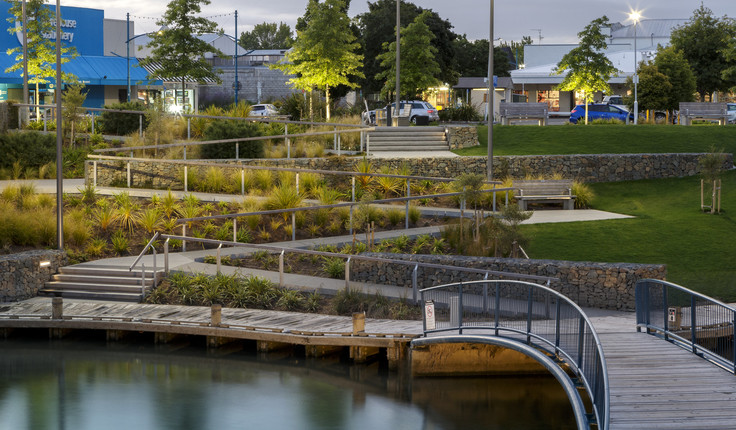 The design references a number of important elements of the region. Photo by: Virginia Woolf