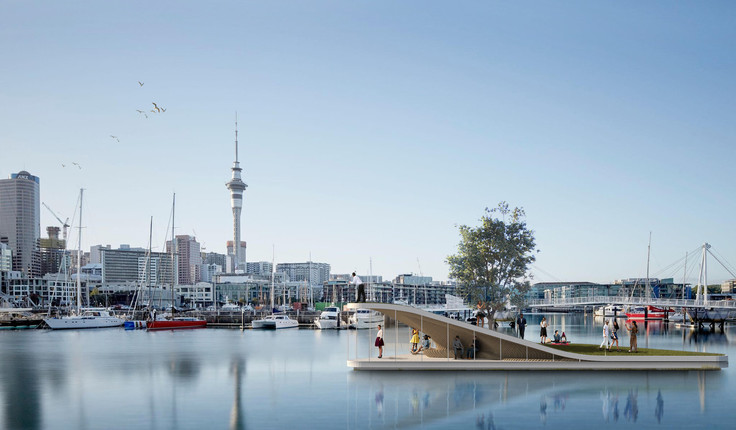 LandLAB’s imagined man-made island has been shortlisted in the experimental section of the World Architecture Festival awards.

Announced in Amsterdam end of November

Four New Zealand landscape architecture projects have been shortlisted for this year’s World Architecture Festival awards, which will be announced in Amsterdam at the end of November. Festival organisers reported a record number of entries this year so making the shortlist holds a lot of kudos.

Last year LandLAB’s Henry Crothers was a judge in the World Architecture Awards landscape and masterplanning categories. This year his firm has been shortlisted in the division for it’s work on the Queenstown Masterplan. And it’s not the company’s only recognition, it’s also been shortlisted for its work on Ponsonby Park in the civic category, and a man-made island in the experimental section.

The projects are quite different. Looking at a plan for an entire town is a very different process than reimagining an existing piece of built infrastructure (as in the Ponsonby Park design), which is very different again to coming up with an experimental concept (as in the island).

“These projects are all really interesting to us at a conceptual level because they give us the ability to play around with ideas that are a little less conventional,” Crothers says. “The process of trying to achieve buy-in on strategic projects requires you to think about them in different ways. There’s not necessarily a clear brief, budget or outcome in mind so it’s as much about designing a process as designing a project.”

The Queenstown Masterplan has been adopted by Queenstown Lakes District Council. It’s not the first masterplan drawn up for the tourist mecca, but Crothers is confident that this time it’s the right one. Throughout the process there was extensive consultation with stakeholders and the community. “We did a lot of listening before we came up with design proposals,” he says. “You can have a sense about what’s not right about a place but you get a better understanding if you go and ask the people. It helps you focus on the things you really need to.”

And the clear message from residents was cars and congestion were concerning them, and the balance in the town was tipping too much towards tourism and not enough towards community. So the masterplan looks at public transport, walking and cycling options, as well as social infrastructure like libraries, performance spaces, art galleries and new council buildings that will allow it to continue to function as the social and economic heart of the Central Otago region.

“We’re probably a bit different in that we approach these types of projects through the lenses of landscape, people and place. We look to understand these interacting ecologies and systems before we applying the more conventional science and methodologies of urban design.

“The opportunity with Queenstown is to enhance the urban experience to be on par with its outstanding landscape experiences,” Crothers says. “The town has a great character already - a very human scaled density, great laneways, some good streets and an amazing lakefront. We wanted to extend the DNA of these attributes and embed them across more of the town centre. “The future experience isn’t about sitting in your car or coach, it’s about public transport, cycling and walking and new opportunities to occupy and engage with the town centres public realm. An urban environment that balances access, function, amenity and the adaptability to support new place making opportunities.” 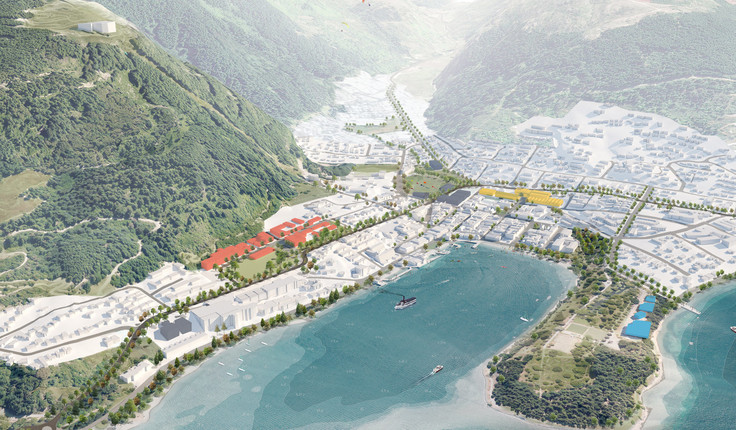 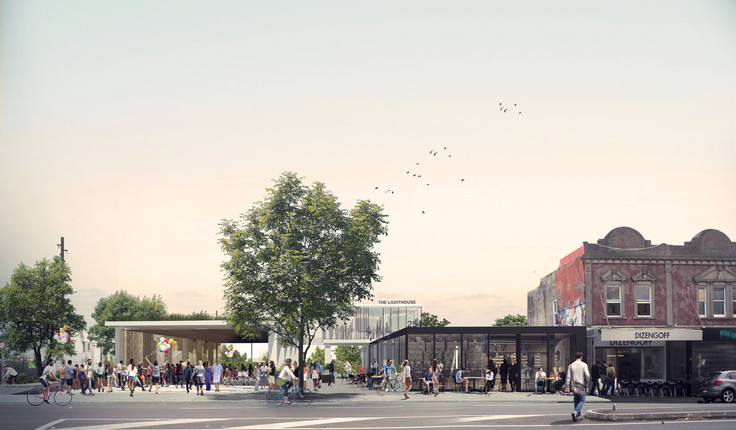 LandLAB’s Ponsonby Park design seeks to redefine what a park is.

There’s only 28,000 permanent residents in Queenstown but 75,000 people are there on any given day, and during peak winter and summer that climbs to 110,000. “That makes it the eighth largest urban centre in New Zealand, just behind Dunedin. And Dunedin’s a proper city with a town hall, art galleries and public transport. So part of the idea of aspiring to be New Zealand’s coolest little city reflects the need for Queenstown to start thinking of itself as a sophisticated urban environment and more than just a nostalgic town.”

It was while working on a masterplan for Viaduct Harbour in Auckland that LandLAB came up with the concept for it’s experimental island, which has also been recognised by festival judges. “One of the Viaducts key attributes is its association with water. The island is one of a series of ideas we had around how we could reconsider the relationship between the city and the water, and how we could take the principles of tactical urbanism (a way of testing the public’s responses to spaces before you design them) and apply them to situations on and adjacent to the water.”

The idea is the island(s) could be positioned in different places around the waterfront and used for different activations, experiences and events. So the Symphony Orchestra could play on it while people were dining at local restaurants. Or it could float off Wynyard Point for a corporate event. The island could be a swimming pool, the deck of a boat or an urban coastal forest. And it could also serve ecological functions with a sub-surface marine ecology that enhances water quality underneath. There’s a myriad of possibilities that LandLAB had fun dreaming up as they investigate funding possibilities.

“It’s a hybrid project in the sense that we are trying to find a response that works with both buildings and landscape and a implementation model that enables the site to generate an income and that would then be used to manage, maintain and re-invest in the site rather than a typical project delivery model,” says Crothers.

Situated on Auckland’s hippest strip, Ponsonby Road, the project seeks to redefine what a park is. “The conventional thinking is you can’t have commercial buildings and traditional park functions coexisting in a meaningful way,” Crothers says. “But we think you can, and it’s more in keeping with the character of Ponsonby than another passive park with grass and trees.”

Currently on the site there’s a commercial building and carpark structure, and some office space. LandLAB’s PARK+ proposal keeps the roof of the car parking as covered urban market space and edits the existing building and punching some holes in it. Crothers says the building could be used for community activities like Plunket or community meeting rooms “that would happily coexist with a public park.

“It’s a very civic minded project. It’s design and process were innovative, collaborative and inclusive. I think that’s why it was shortlisted.”