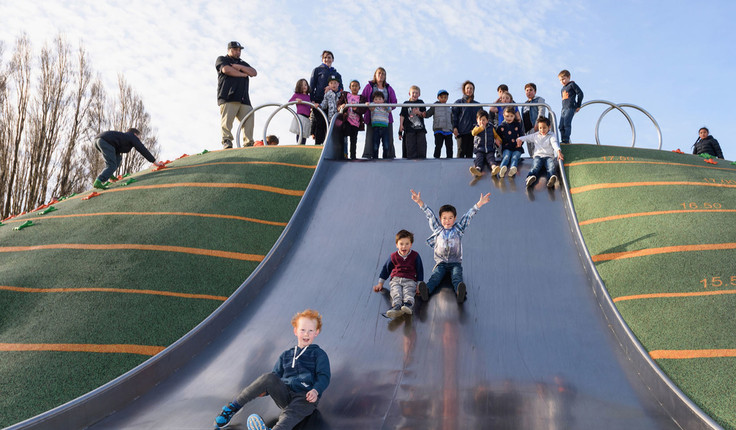 When the Margaret Mahy Family playground - Takaro a Poi - opened in 2015, it was packed immediately and the sound of children's play filled the air. That hasn't stopped and the stunning facility is credited with bringing fun back to central Christchurch.

The playground occupies an entire city block - and was initiated by the community who chose play as one of the five key changes wanted in the rebuild after the 2010/11 quakes.