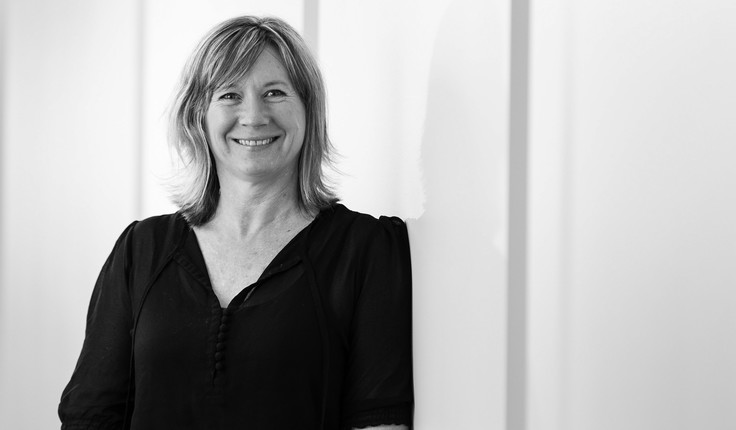 I’m Melissa Davis, and I’ve been working as a landscape architect since 2002.  After graduating from Lincoln, I worked for a stint at Whakatane District Council before a brief tenure running my own consultancy, and then heading overseas.

Today, my role is Senior Landscape Architect and team leader at Harrison Grierson in Auckland.

Recently, I was involved in two large scale developments: The Landing Business Park and The Gateway entrance feature. Both projects are components of a masterplan prepared by San Francisco based Surfacedesign Inc. As project landscape architect, my role was to develop and implement both projects in line with the vision of the overarching masterplan. The collaborative process between the Harrison Grierson landscape architecture and engineering disciplines proved essential to the success of both the Landing and the Gateway.

The Landing development is a large scale warehousing and logistics precinct located between public open space to the north and a proposed extension of the Auckland Airport Activities Zone to the south. The Landing’s design features and materials draw on the surrounding environment and previous land use to create a manicured and high amenity setting.

The nearby historic Otuatua Stonefields is referenced by stone mounds rising within roundabouts. These mounds are alight at night with colours inspired by the New Zealand landscape, from Huka Falls to the volcanoes in Auckland. 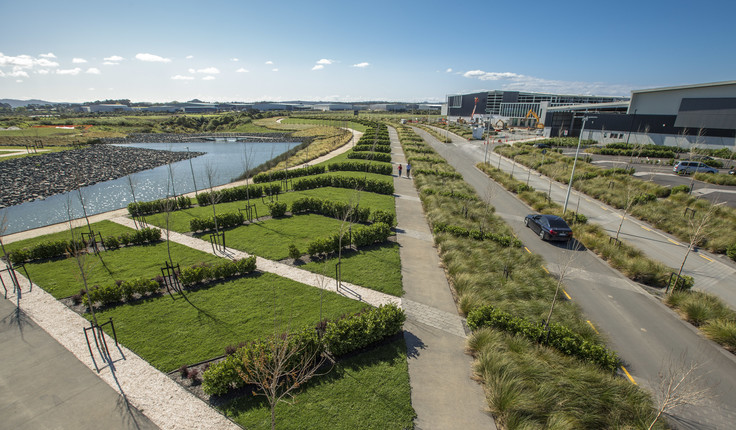 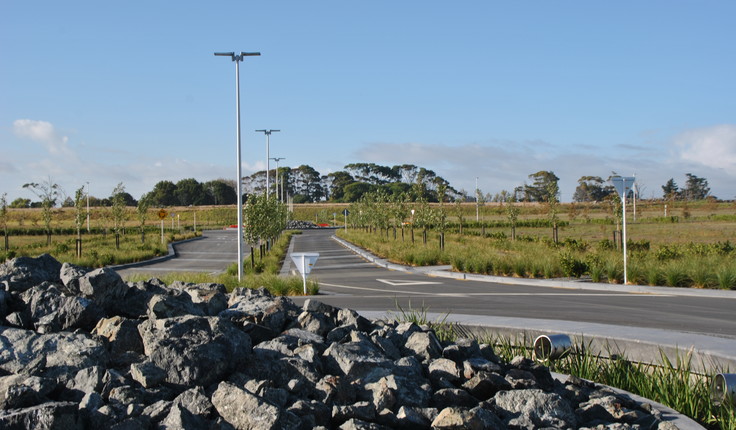 A mix of native and non-native species has been used to reinforce the vision of the Airport landscape as a blend of native and cultural landscapes, and to create a clear and legible roading hierarchy.

Together, the client and design team were dedicated to progressing the masterplan into a benchmark business precinct for Auckland Airport.

The Gateway is an expression of the engagement of man and land, and celebrates the multiple histories of New Zealand’s vernacular landscape.   This large scale landscape gesture welcomes the visitor to move through the New Zealand landscape. Designed as part of the overall Auckland International Airport masterplan, this project draws on similar design principles as The Landing.

Rising from the ground, the large stone mounds along George Bolt Memorial Drive reference the Otuatua Stonefields.   Smaller, stone ‘blades’ reference the motion of a jet engine, and emphasise the excitement of arrival and travel of planes, cars and bicycles through the airport landscape.  The earth-forms serve a dual purpose as they address on-site soil remediation and stormwater treatment; part of a larger ecological mission of the Airport.

The upright, columnar form of poplars express the shelterbelts of the former pastoral landscape of the Airport’s current site and are used for north-south directionality. A simple and limited planting palette of hedgerows and native grasses provides a variety of textures and a low maintenance planting scheme for large areas at the Airport.

Both of these projects have resulted in distinctive, defined and legible landscape structures which provide visual cohesiveness and organise future development at the Airport. 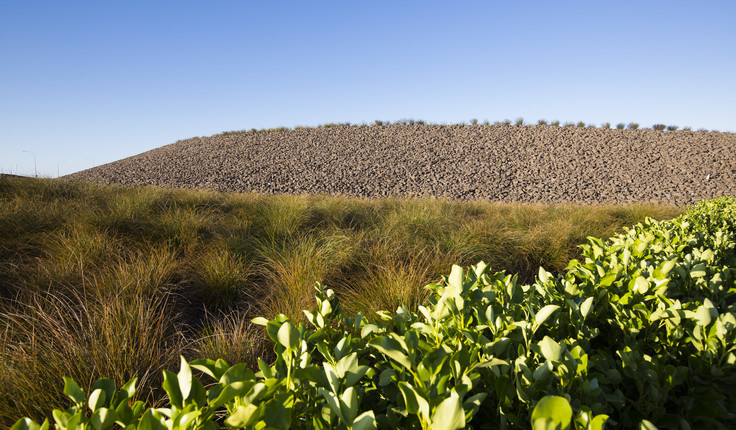 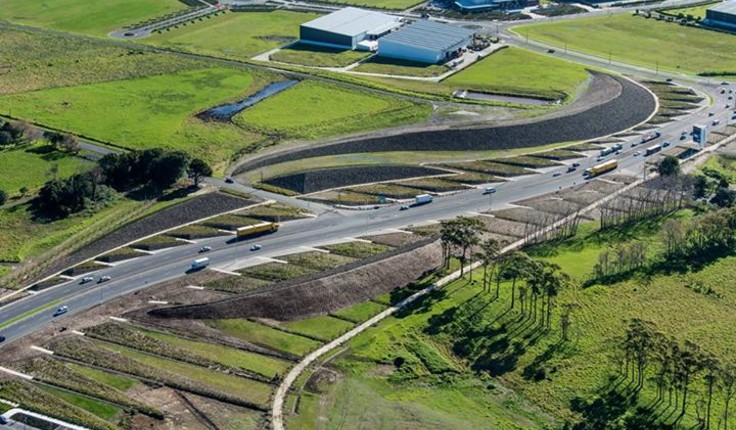 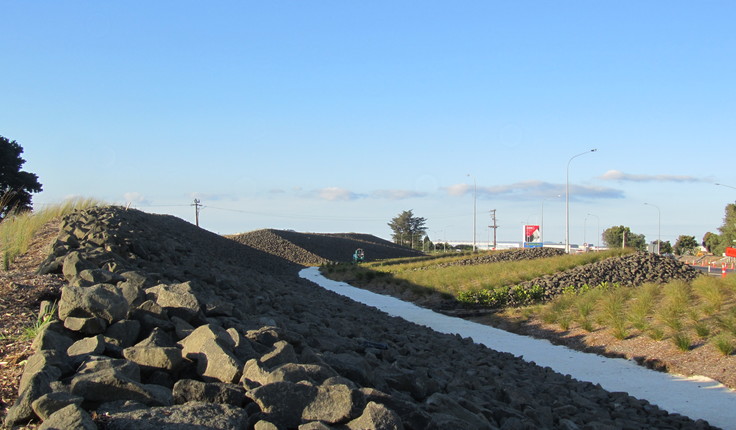