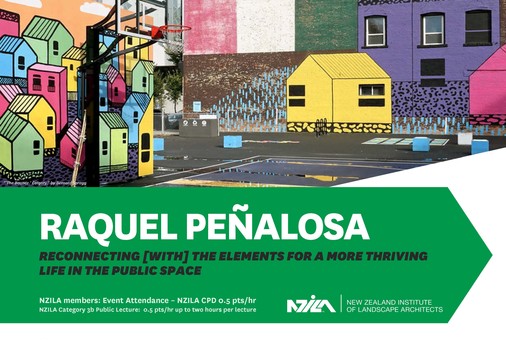 A practicing Landscape Architect for more than 30 years, Raquel Peñalosa works at the encounter of Landscape Architecture, Urban Participatory Design, Active Citizenship and Social Innovation. She is currently, practicing participatory design and integrating collaborative processes to bring into the design conversation the active citizenship practice for more thriving and human oriented cities. Through her practice, she has developed public space projects, and events, in Canada, California and France. She has acquired a distinctive practice and a fine sense of Landscape and its diversity of expressions. As part of her engagement in the community, she was IFLA AMERICAS President from 2014 to 2018, moving forward The Americas Landscape Charter, and President of the Urban Ecology Center in 2014. She is presently the President of Communautique, an Open Innovation Organization, who is leading the coming of the FABCITY Summit and the FAB16 in 2020 to Montreal. The FABCITY is a movement to transition cities in 2054 into greater autonomy, of a new model of resilience and local production (energy, food, manufacture, distribution, mobility) which places the city and its citizens in the middle of creation, distribution and re-use of the large majority of what they consume and produce.

Abstract
This lecture will look at the practice of designing public space from an experiential perspective. From the traditional design practice that sets its design production in a certain distant and "controlled" process by the designer, to the integration of exploratory approaches such as the living lab approach to envision the open space as a laboratory of public life, or social innovation, as an innovation practice to pursue the social needs of the space beyond its sole formal resolution. Within this context, it is also an exploration of the practice that departs from the "expert" posture to going out into the field to understand people's experiences and allow the voice of the collective intelligence to be an active actor in a co-creation process. The presentation explores how emerging public space is at the core of public life when using open/ derelict spaces, such as "urban vacant lots", as territories of "new possibles", as spaces of temporality that have meaning allowing for citizen participation. It will share both project interventions, the hard design, as well as the design process, soft design, to explore what makes people happy, or rather what spaces create a connection for people to first use it, then take ownership, and ultimately transform it as need it or experience it.