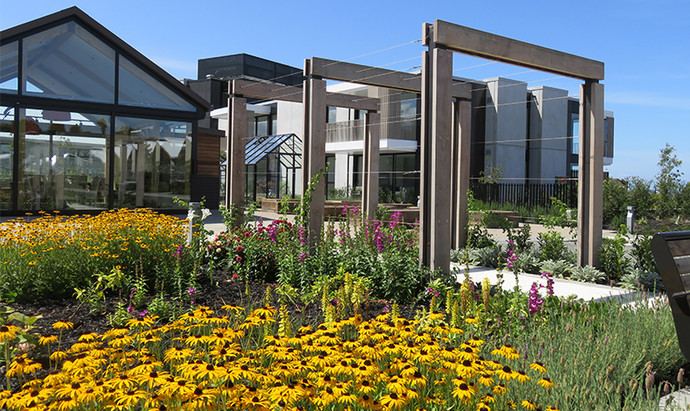 Activities such as gardening; flower arrangement; butterfly feeding; cooking and garden games were considered for this collection of communal areas to make them interactive and encourage them to be inhabited by the village residents and their visitors.

In the Gulf Rise project, the design team challenged the concept of a retirement village. With a desire to move away from the imposing institutional buildings and gated community appearance common in the aged care sector a new ‘open village’ model was developed by the project team to better consider how to approach security, social activity and connectivity in its design. 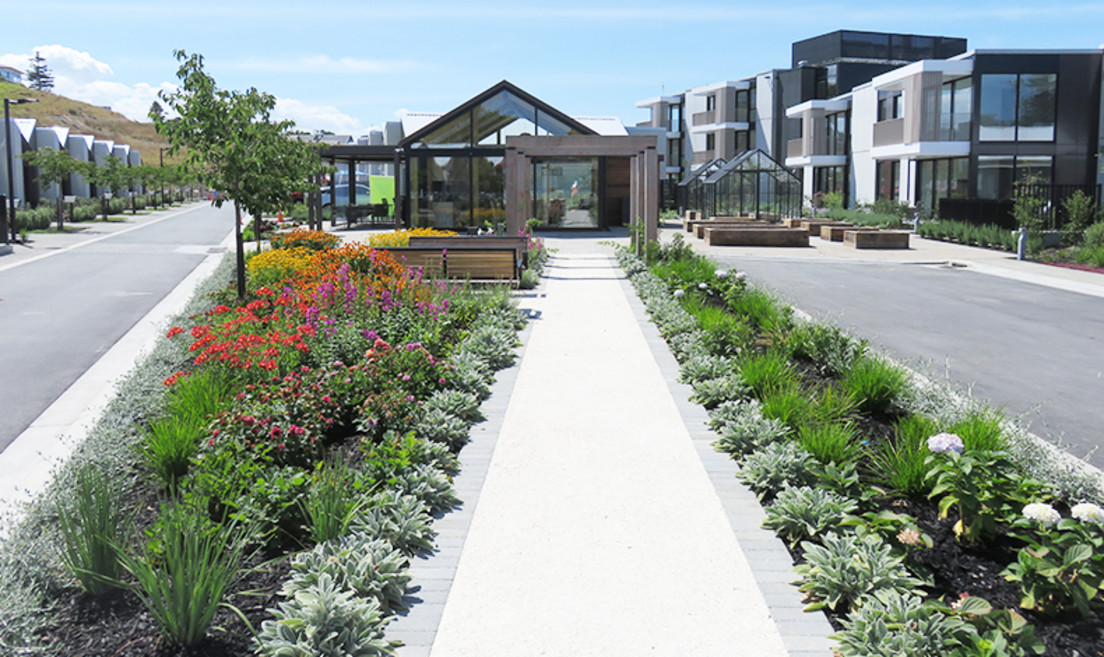 Warm tones reflecting the beaches of the nearby Hibiscus Coast feature prominently in the finishes of the footpath and communal area paving,

Boffa Miskell became involved in the project at the master planning phase, contributing to the development of the form and layout of the village though their visual assessment work. Work on the design of the landscape areas also began at an early stage, with the resource consent plan being developed and revised through the completion of the landscape works on site. Careful consideration was given to both the function and appearance of each communal area, and the outdoor spaces of the village as a whole.

Containing both five blocks of adjoining villas and an apartment building Precinct 1 of Gulf Rise presented a range of opportunities to respond to this brief in the design of the surrounding outdoor spaces. Activities such as gardening; flower arrangement; butterfly feeding; cooking and garden games were considered for this collection of communal areas to make them interactive and encourage them to be inhabited by the village residents and their visitors. The result was a Petanque court, loop walk, butterfly walk, cut flower gardens and a food production garden all centred around a central communal pavilion building. A network of streets and garden paths also provide connections to the future stages of the village and the surrounding suburban streets.

The aesthetics of the landscape areas have also been carefully considered to present a modern, lush and distinctive which moves away from the rigid formality and closed feeling of traditional retirement villages. An informal design language was developed using flowering and distinctive plants intended to provide seasonal interest to the residents. Large site sourced boulders also feature prominently in the landscapes of the village, giving the village a unique character and identity.

Warm tones reflecting the beaches of the nearby Hibiscus Coast feature prominently in the finishes of the footpath and communal area paving, while the crisp lines of the architecture have influenced the design and selection of landscape features such as the pergola, vegetable gardens and greenhouses.

Collaboration was key in the development of the landscape concept with the needs of Metlifecare, integration with the architecture and the technical requirements of the site all being closely considered. This collaborative approach continued into the construction phase, where the team worked with both the client and contractors to manage cost and complications without compromising the quality of the final landscape.

The result is a network of lush, inviting communal landscapes which visually tie the village together in a way that will result in a distinctive retirement community. 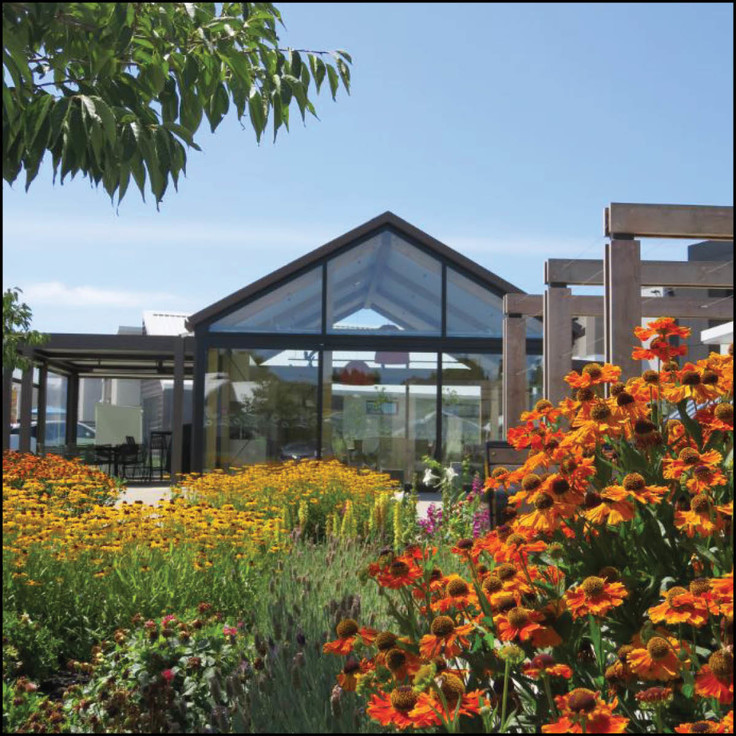 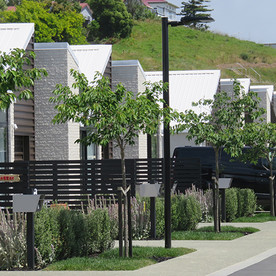